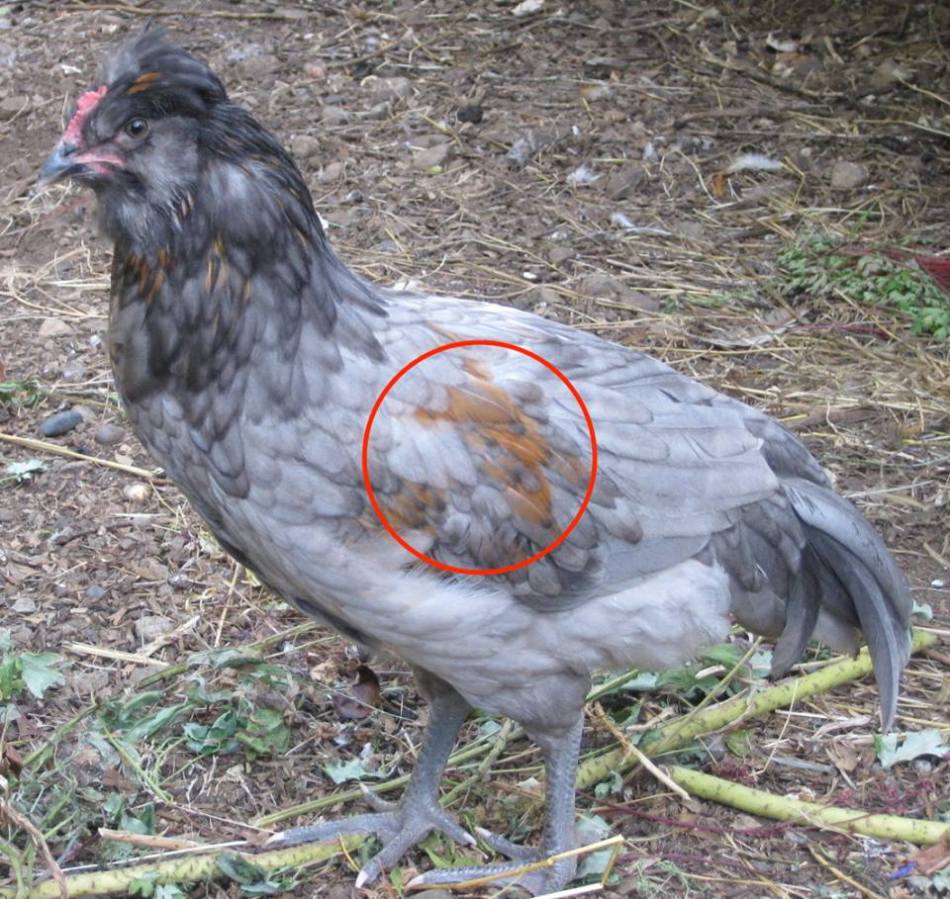 One of the challenges of keeping chickens is to determine the sex of chicks and young birds. It’s not an exact science, but it does get easier after looking at many birds – you begin to recognize patterns if you can watch chicks from hatch till maturity.

Sexual dimorphism is the differences in appearance between males and females of the same species, such as colour, shape, size and structure. They are created by the inheritance of sex-linked genes responding to varying amounts of sex hormones, like testosterone. This results in the same genotypes (genetics) producing different phenotypes (appearances), depending on sex.

Here are some things to look for to ‘know before they crow’ (which could be many months):

Do you have purebreds?

If so, that makes life easier because you are comparing apples to apples.

Some breeds are able to be sexed at hatch because of genes that result in different colour patterns for male and female chicks. We’ll leave that discussion for another time.

Which ones are larger (overall body, legs and feet)?

Whose comb is bigger and getter redder at a younger age?

Who’s starting to develop saddle feathers first? (at the base of their backs meeting the tail) Long and narrow? Cockerel. Wide and rounded? Pullet

Then there’s behavior. Long before you start to see the differences between them, chicks are aware of their own sex and that of their flock mates. Look for cues.

Cockerels tend to engage in more aggressive posturing (head down with raised hackles, chest bumping), show fighting and challenging their peers. They often have a more upright stance.

I don’t breed purebreds. I’ve got crosses so I am often comparing apples to oranges. The biggest chick may not be a cockerel or the small, plainer one might not be a pullet.

I’m looking at all the traits I’ve mentioned and am constantly comparing them to their hatch mates and to chicks from previous hatches now they’ve gotten older.

I have a number of pea combed Ameraucana crosses. When you look at a pea comb is it flat or very narrow? Pullet. Is it wide with three rows of bumps, called peas? Cockerel.

Another thing to look at are feathers. As we all know, in the bird world males are more colourful than females. That’s the result of sexual dimorphism.

In chickens, there are varying feather patterns specific to sex. In roosters, feather genetics express (make visible) something called ‘leakage’.

Long before these guys started to crow I could tell you they were cockerels based on those rust coloured feathers (called red leakage) that appear on their shoulders or wings. I’m not talking about uniformly red areas but blotchy patches.

Male and female feather patterns are different. Typically this is a trait common to roosters and something to look for when you’re trying to sex your birds. It can start off with one or two feathers and grows over a number of weeks. Females may carry the genes for this pattern, but it is not expressed (not visible) and can be passed on to their sons. If you see patchy red leakage you’ve got yourself a cockerel.

0 comments on “Pullet or Cockerel? How Understanding Sexual Dimorphism Will Help You Figure It Out”