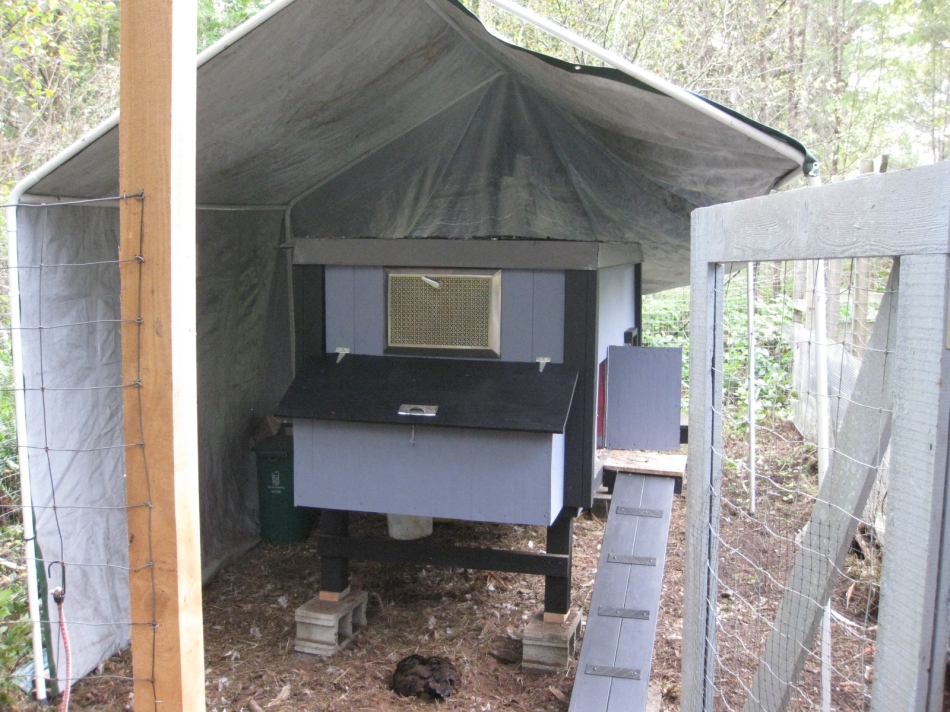 At the end of August 2017, I was given a structure for a coop conversion. It was essentially a 4’ x 4’ x 8’ box with 2 doors on each side, that was left on a property by the previous owner. I think it was going to be used as a rabbit hutch, but had never been used. It was totally clean inside.

Tracy kindly offered to help. I owe her a big debt of gratitude. She works as a GERTIE bus driver (our local service) and came before her shifts and on her days off. I had one week’s staycation in September and October and worked on the coop for most of that time.

The coop is farther from the house than the main one, which has power. We could have rigged up a long extension cord but she has battery operated power tools and brought them. She’s full of great ideas – I essentially did the joe jobs and gave some direction about what I wanted and she did the rest.

We spent many hours – more than I thought it would take- to modify it for chickens.
After getting it home (which took 5 people), the first task was to put it on legs. There was a divider wall across the middle, which we left – we made one side for layers and the other side might be used as an infirmary or for broody hens or teenage grow-outs.

At one end we replaced an upward opening door with a vent I had and below it we installed a nest box. At the other end, we put in an opening louvered trailer window and closed in the downward opening door. A few months later, it became apparent that if you build more space you can get more chickens, so we added a nest box at the other end as well. 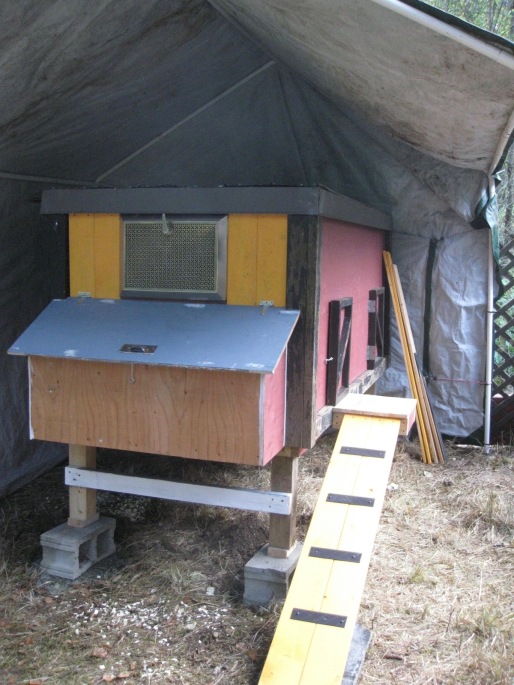 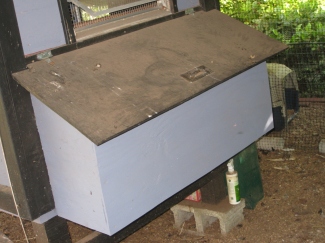 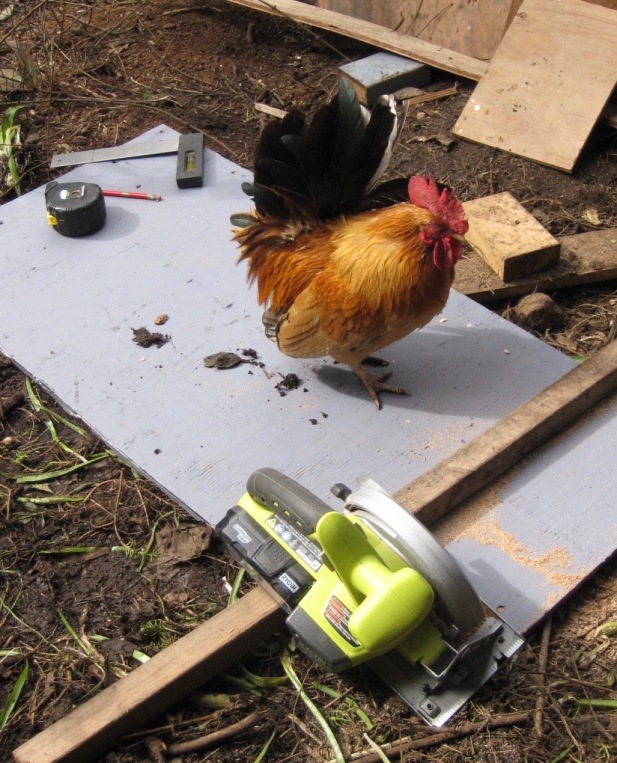 On one side we left the two small opening doors but added a landing and ramp for each. The teenagers used the doors to hop on the roof or would sometimes inadvertently close them, so the doors have been replaced by pop doors on pulleys. On the other side we added disassembled louvered trailer windows and mounted one vertically in each door for light and so I can see in. The floors are covered with free linoleum. 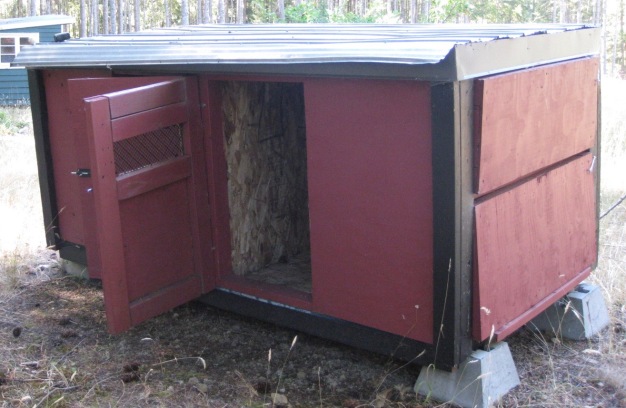 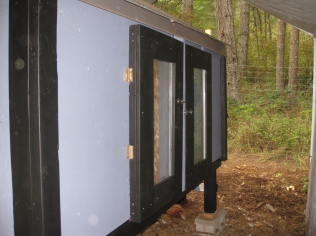 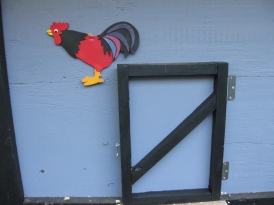 The whole project was complicated because I rescued a (free) flock of chickens before we were finished. We hurried to put in a roost bar and finish the nest boxes after they arrived. I had to paint and built a permanent pen around them.

My original coop is situated within a 30’ x 40’ pen. The new coop is behind that enclosure and we used the back end of the main pen as one side of the new 16’ x 30’ pen (I couldn’t build out further because of the trees).

Tracy and I challenged ourselves to do the reno on a budget. We are avid freecyclers and were hoping to do it all for free. I went to building sites and asked for plywood and dimensional lumber off-cuts and posted on FB groups for free materials. I used paint that I already had and hardware salvaged from the original hutch. My total cost was less than $40: 4 garage sale cinderblocks, one tube of caulking, a handful of screws, 1 litre of paint and a couple of pieces of 1” x 6”.

The coop sits under a 10’x20’ car shelter shelter, which I picked up in the free pile at a garage sale. The farm gate was $5 at GIRO (our local recycling centre) as was the one I used between the pens. That gate was narrower than the opening so I sandwiched it between two pieces of cedar and netted the opening.

The pen cost far more than I expected considering I only need four 9’ cedar posts, 50’ wire and cement. I used three T-posts and some additional wire I already had. I hired a brawny helper to dig the holes and do the cement work. He and I did the fencing and gate installations together.

I’m happy with the way it has turned out. I wish the original builders had done a shed or peaked roof – for the aesthetics, and because the birds like to roost up there nightly and then I have to get them down.

We toyed with changing the roofline but it is well built (I’ve walked around up there) and is clad in metal roofing so that seemed like more work than was worthwhile.

I’m appreciative of having such a willing helper in Tracy. She spent many hours here and I hope she enjoyed the challenge and the pride in seeing her handiwork once completed.

0 comments on “Coop Reno (Or Tracy To The Rescue)”