I belong to several Facebook farm groups and over the years I’ve noticed that most of the folks posting are women. That has been borne out by my own FB page – 90% of my followers are female. I am assured by some of my fans there are men who are interested in chickens, they just don’t spend their time yakking about them online.

When Dave met Taylor I bet he had no idea the trajectory his life would take. It was just days after 9/11. It wasn’t a Tinder meet up – Taylor wasn’t even looking for a relationship. She was commuting from Gabriola to a town job and he was the senior chief engineer on the ferry. Taylor was sitting in her car when he rapped on her window and chatted her up. The rest was, as they say, history.

Taylor had always wanted farm animals, Dave had only ever had dogs. They used to visit an alpaca farm on the island and walk them. The alpacas wormed their way into his heart and he warmed to the idea of getting their own animals. When they purchased their property it was a dream for both of them, but for different reasons. Taylor’s was to have a hobby farm, and Dave was swayed by the big workshop and the opportunity to get into projects. They’ve put everything they had into making that dream come true.

One hundred years ago, their 7 acres was part of an old homestead. Through the years its been farmed intermittently, and at one time was even a bicycle campground. When they bought it the old house, garage and workshop were there and it was only partially fenced. It’s taken a lot of work to make it into what they have now. 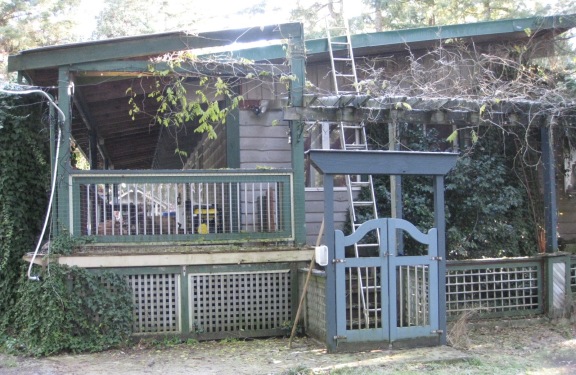 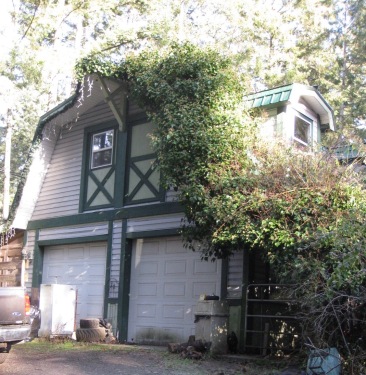 The last 13 years have seen them complete one project after another. The first two alpacas were a surprise wedding present from Dave. Since then, they’ve imported new additions and had babies born on site. They’ve now got 17 alpacas and one 27-year old rescued llama. She’s got a special friend who has dropped by every Saturday for eight years to give her scratches and treats. 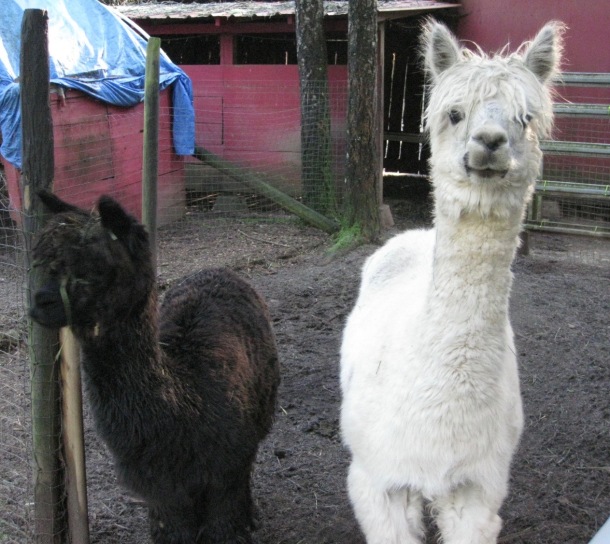 If you’ve driven by their place you’ve probably seen the four miniature horses – all rescues. Two were saved from being made into pet food and the other two had a history of abuse. Years of loving care have hopefully erased their rocky beginnings. 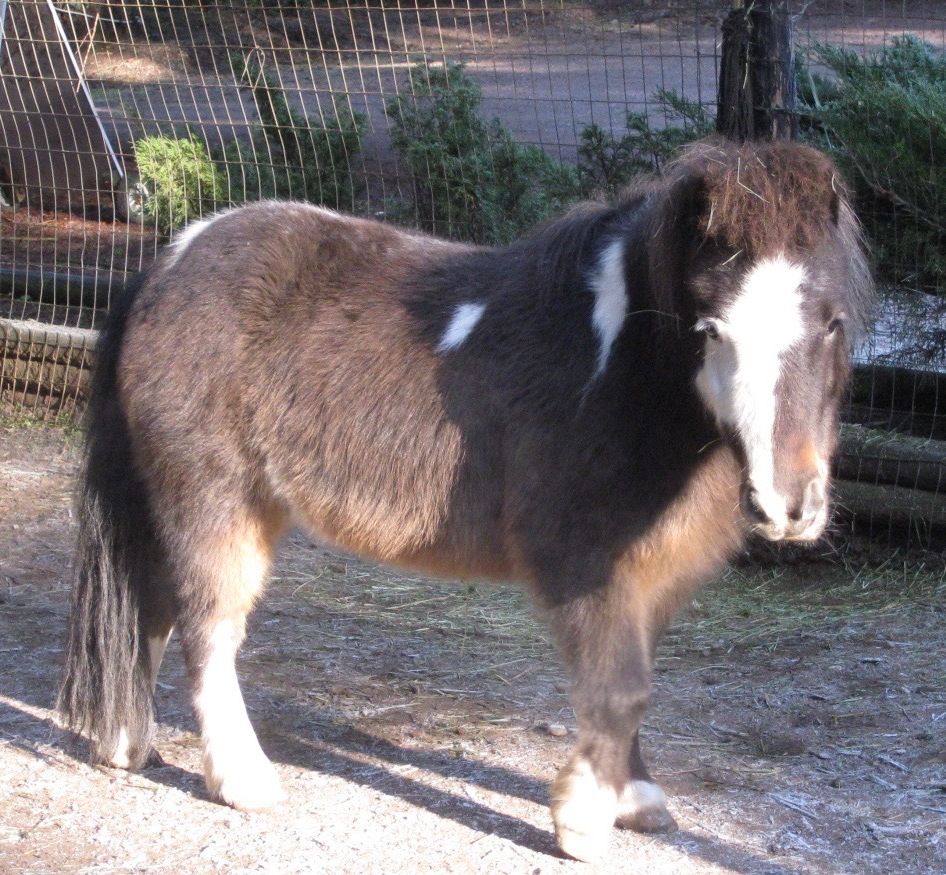 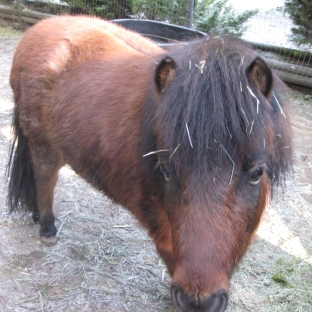 Lots of people stop their cars by the fence to see the alpacas and mini horses. When their first cria (baby alpaca) was born there was a line up of spectators. That’s when they opened their gates for folks to come in and see the animals up close. There is no charge, but they appreciate donations which go toward the care and upkeep of their growing menagerie. Last year, they welcomed 6000 visitors tour to Paradise Alpaca Farm.

After almost 30 years with BC Ferries Dave retired 3 ½ years ago. In addition, to the proverbial gold watch, he also acquired two hip replacements, which is common for folks who work in the belly of a ship from the constant vibrations. Oh yeah, and a handy knack for being able to nap anytime, anywhere. Once he fully recuperated he was busy erecting more buildings and adding more fencing.

And Taylor’s been busy in her fibre studio.  The old workshop has been converted into a store. Dave rewired it and Taylor did the dry walling and painting. She shears the alpacas herself, then washes, cards, dyes and spins their wool. They sell alpaca wool as well as felted and knitted wear and eggs.

There’s a Quonset hut that is used as a hay barn, feed sheds and housing for their livestock. The greenhouse is used from spring till fall, where they grow hydroponic tomatoes and lettuce, as well as herbs and brassicas. They’ve got a garden plot for veggies as well as berries, fruit and nut trees and grape vines. 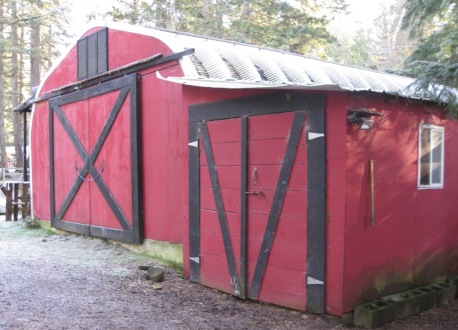 We walked through the property, in -1c temperatures, to visit with the goats: one Nigerian Dwarf and 15 Pygmy goats, including some recent babies. Who doesn’t love creatures that nuzzle you and nibble your pants? 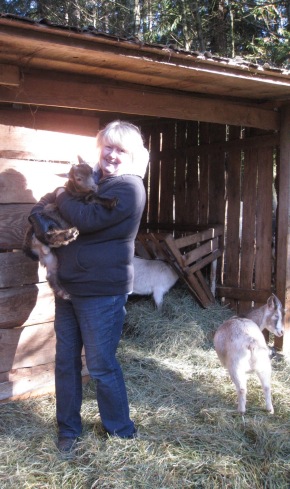 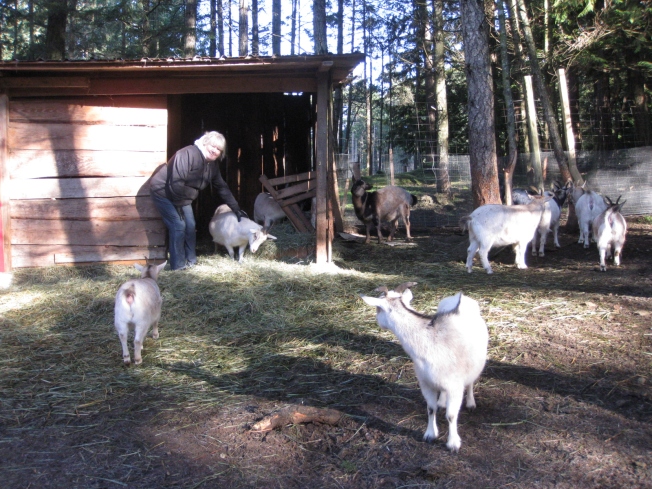 Last but not least, the chickens. They’ve got a large coop and fenced run for 75 production layers. They’ve had some recurring issues with mink, who have killed their bantams, Silkies and some chicks they hatched from my eggs. A smaller coop is for the old girls – retirees that are no longer laying, but still enjoying their days on the farm. These hens are Barred Rocks, Welsummers and Rhode Island Reds – heritage breeds – and are part of the tour for the public.

Who’d have thought there was this much going on behind that farm gate? They spend countless hours tending to their animals and land. Luckily they get year round help from volunteers through the WWOOF program. Typically they are young people from around the world, who are engaged in various aspects of caring for the animals and projects on the property. They say it takes a village to raise a child. It also takes a village to run a hobby farm.

If you’ve never gone for a visit stop by when you see their open sign on display and check out all their friendly animals. And don’t forget a visit to Taylor’s shop to admire all her creations.