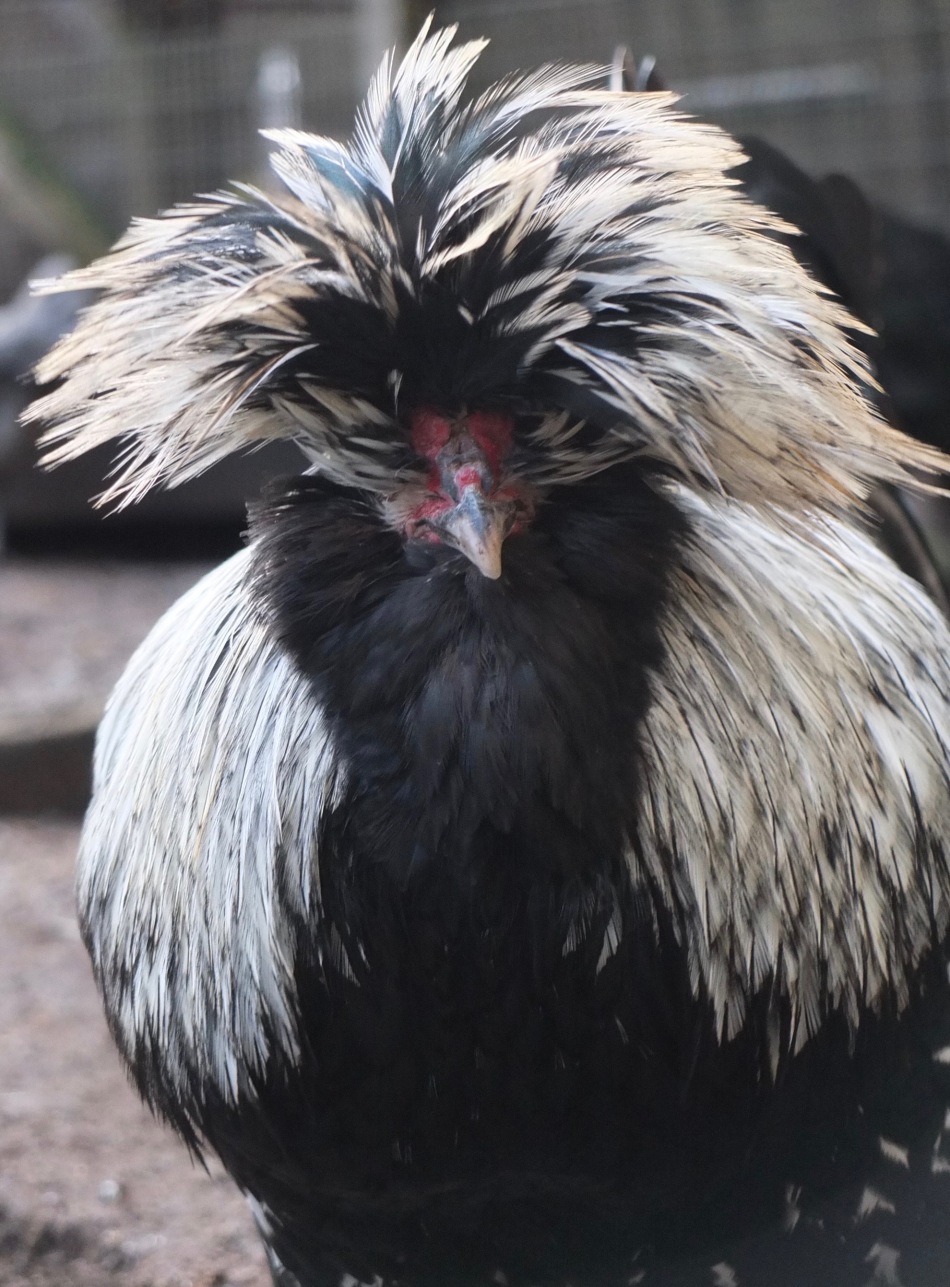 This has been a hectic week. In my quest to downsize birds I’ve been emailing back and forth with the logistics of who is going where and when. At one point, I was dealing with three people named Sam – all women – and it took me a moment to realize they weren’t the same person. That’s the joy, and frustration, of communicating with folks you don’t know via the internet. It all seems to have worked out in the end though.

On Monday, I packed up two Easter Eggers and took them in the car on the ferry. Sam #1 met me in the mall parking lot across from the ferry depot and took them off to their new home. 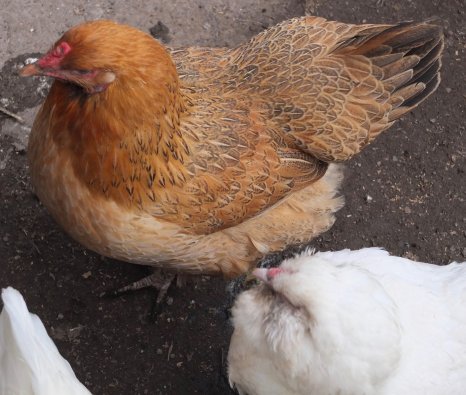 On Tuesday, Sam #2 postponed her order for hatching eggs. Good – one less thing for me to coordinate.

I have one rooster, the stunning Simon, so I don’t need any more. I do try to find homes for my own cockerels that I hatch and help anyone who’s needing to re-home their boys. Thomas and Elizabeth hatched some chicks from my eggs and have two great looking half-brothers, Appenzeller Spitzhauben crosses.

They eat their birds, but are happy to give cockerels for free to anyone who will give them a chance at life. They set a date to butcher a number of birds for this Friday. I posted ads and found someone about an hour away wanting to take both of them.

While I was juggling those guys, Carol asked if I knew of anyone who wanted one of her Orpington cockerels. She had a broody hen hatch seven chicks and unfortunately five are boys. If she couldn’t find forever homes I hooked her up with Thomas and Elizabeth who’d butcher her birds as well.

Again, I posted and found someone who’d take the Lavender Orpington (actually half Lavender, mum is an Orpington as well, just a different colour). Luckily, she was also taking four of my pullets. Living on an island presents some challenges. I now had to coordinate taking my four girls, Thomas and Elizabeth’s two boys and Carol’s cockerel on the GERTIE bus, then the ferry, and then a half hour drive up-island. 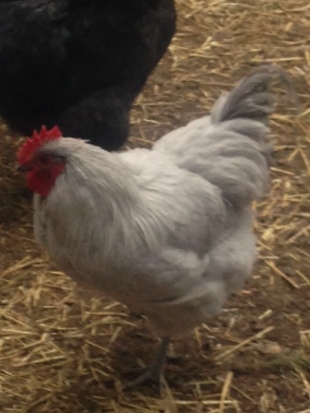 After many emails back-and-forth we had a plan. I would carry my birds on to the bus for my morning commute. We’d stop at Thomas and Elizabeth’s (whose place is on the bus route) who’d hand over another box. Then Carol, who doesn’t drive in the dark, would catch a ride with a friend and meet me at the ferry gate with the third box. I recruited two helpers to carry all the birds to my car which is parked in town.

Everyone was all ready. Then last night I got an email from the guy taking the two beautiful cockerels. He had to cancel and couldn’t pick them up before Friday. That required an email to cancel Thomas and Elizabeth packing up the boys and standing in their pj’s at the side of the road at 7am as the bus passed by.

Today, Wednesday, my girls were squeezed into a box – maybe a bit small, but I had to carry them. Four chickens aren’t light and I have a long driveway down to the road, then in and out of a bus and then a ferry and then a walk to my car.

The girls were quiet on the 15 minute bus ride. Carol was waiting when we arrived and I had 10-year old Mateo, one of my fellow commuters, take charge of the crate with the Orpington. Half an hour later, we disembarked in town, got to my car and loaded up the flock. They had to sit for a couple of hours before I could get them to their new owner, Samantha (I don’t know if she also goes by Sam, but if so, she’d be Sam #3).

The Girls Waiting For The Bus

Pullets On The Bus

Carolann At The Ferry 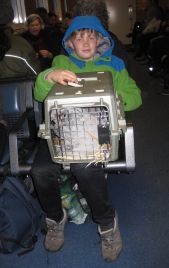 Chickens In My Car 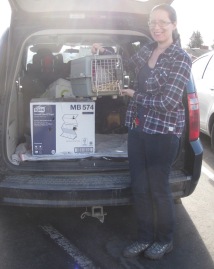 Samantha Picking Up Her New Birds

I got an update from Samantha this evening. The pullets and cockerel have introduced themselves and seem to be ok with their new digs, and each other. Best of all, one of the Easter Eggers was comfortable enough to present her new owners with an egg – a green one at that. 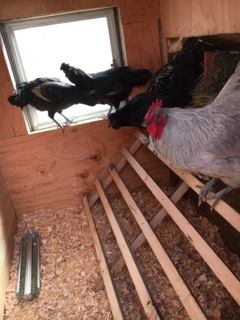 By the time this week is done I’ll be due for a little rest.

0 comments on “A Day Of Many Moving Parts”