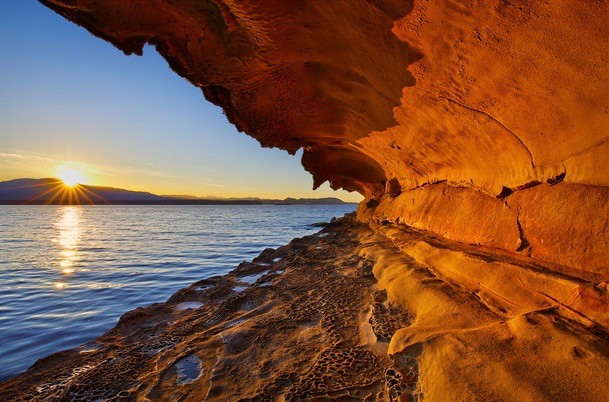 This is my second installment in my ‘Not A Chicken, But …’ series. The first featured some information and photos of the wildlife of Gabriola; this piece will focus on the landscapes of the island.

I live on Gabriola – one of a group of islands – nestled between mainland British Columbia and Vancouver Island, the largest island off the west coast of North America. 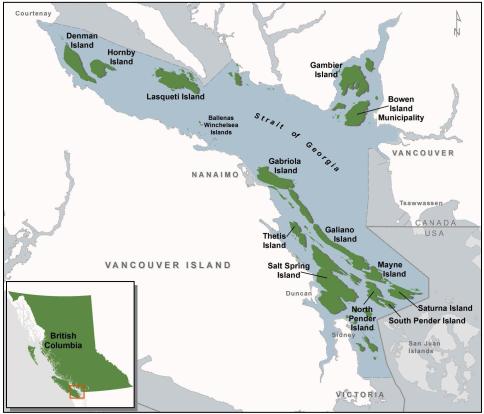 Our population is small – just over 4000 – but the history of the island is long. Fifty million years ago, the island was formed by rising sea beds of sedimentary rock, and later shaped by glaciers and pounding ocean waves. The fantastic sandstone features are a result of glaciation, which scraped away topsoil and bedrock, then left deposits of sand, gravel and boulders. Differential erosion of softer shale and harder sandstone helped create cliffs and bays along the 65 kilometres (40 miles) of our shoreline. 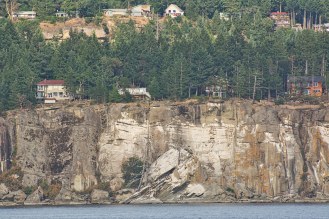 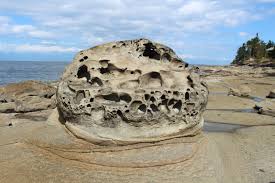 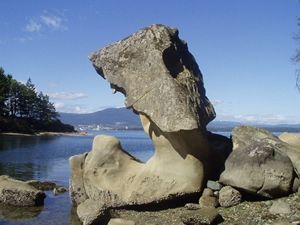 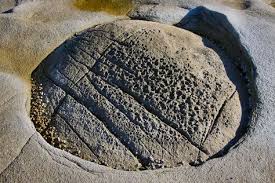 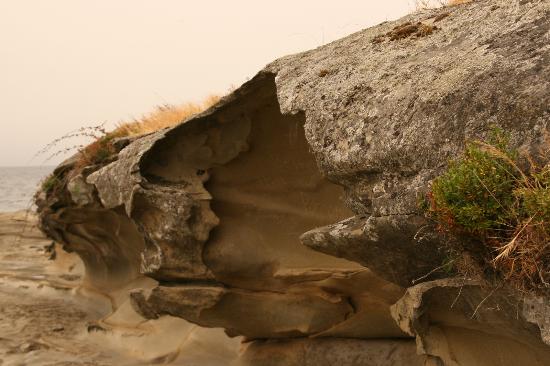 Gabriola is part of the traditional territory of the Snuneymuxw First Nation; for thousands of years they had both permanent and seasonal occupation of Gabriola Island. Although they no longer have a community here, they have left their mark in the dozens of petroglyphs around the island. Many of the early settlers married First Nations women and some of their descendants still live here. 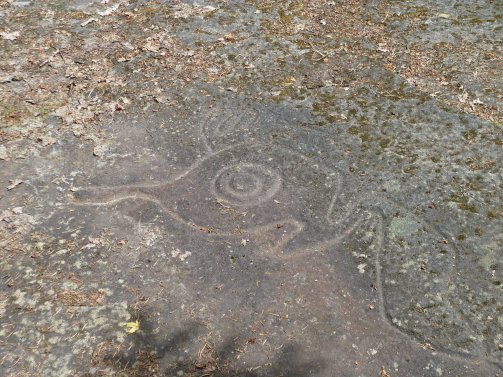 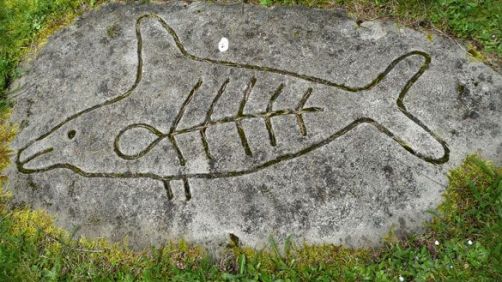 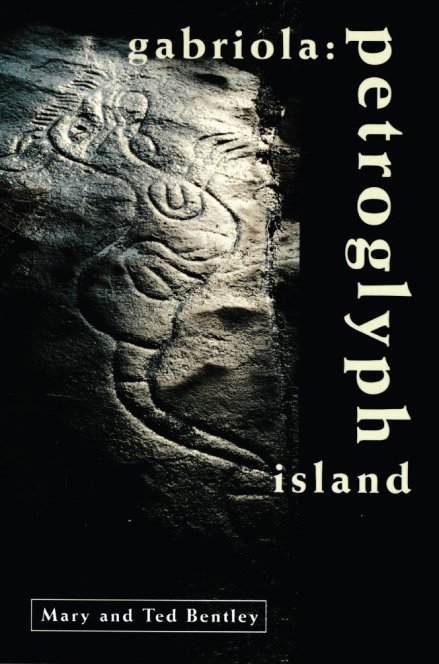 Sunset Over My Greenhouse 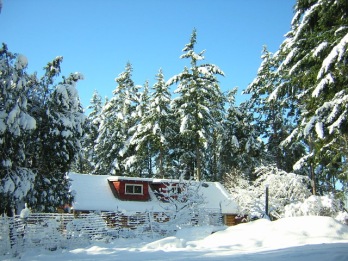 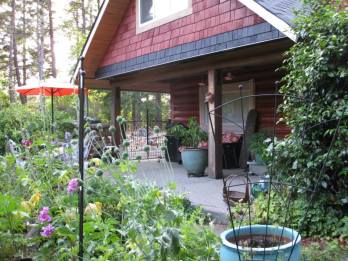 Settler history began just over 200 years ago, in 1791, when Spanish explorers landed here. They named the east end of the island ‘Punta de Gaviola’ (Seagull Point), which over time became Gabriola.

The discovery of coal on Vancouver Island in the 1850s, was the impetus for European settlement here starting in the late 1880s. Later economic pursuits included farming, fishing, sandstone quarrying (making millstones for pulp mills), a lumber mill and shipyard. A brick factory (manufacturing 80,000 bricks/day) employed many Chinese immigrants until it closed in 1945. There was a small Japanese community here from 1914-1942; the local sawmill, fish camp and store were owned by them. The Japanese were moved from the coast to internment camps during the second world war and never returned here. 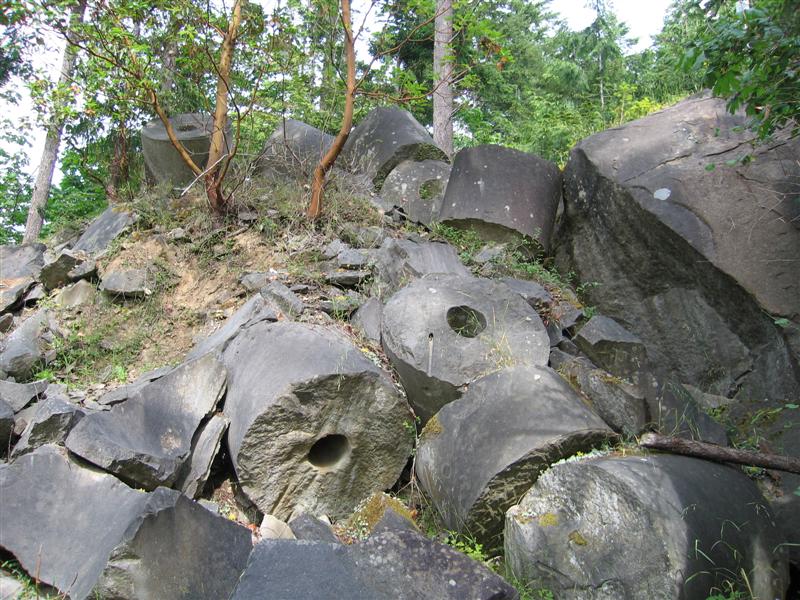 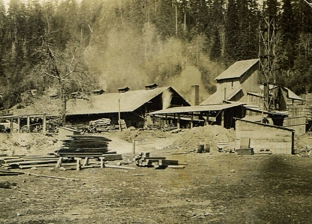 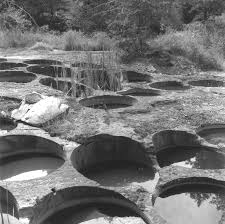 Nowadays, lots of folks, like me, commute off-island to work in nearby Nanaimo, are self-employed, retired or work on island in trades and the service industry.

I first came here when I was 15 on summer holidays from Toronto. I moved to the west coast in 1993 and visited Gabriola several times before moving here permanently in 2000. Over that time the population has grown and more development has occurred. I’m happy to say that we are also preserving more ecosystems with the formation of parks and reserves.

Here’s a little tour of some of some other sights around the island. 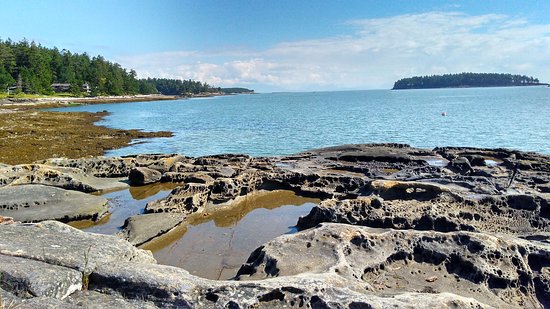 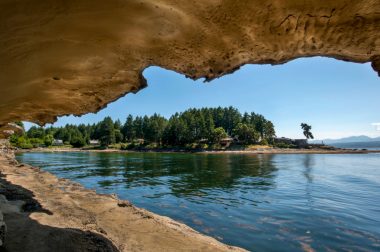 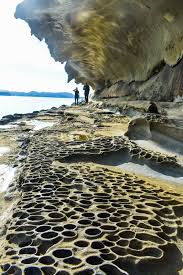 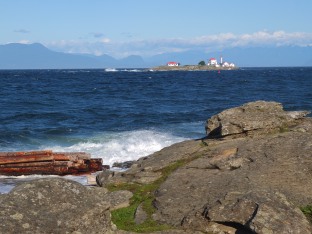 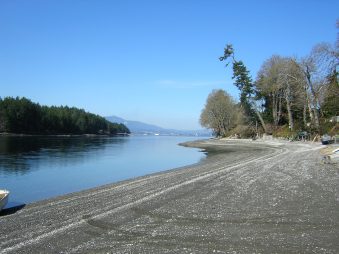 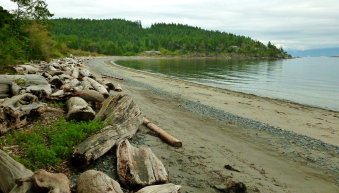 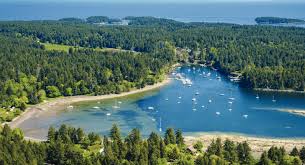 And if you think I live in the forest, that’s true to some extent. I’m on 4.5 acres adjoining four other properties that range from one to forty acres, so I am surrounded by trees. For such a small population, we have a surprisingly large number of amenities: medical, dental and veterinary clinics; coffee shops and restaurants; building supplies; grocery, pet and feed stores; pharmacy; bed & breakfasts and motels; marinas; a golf course and even a cannabis shop. 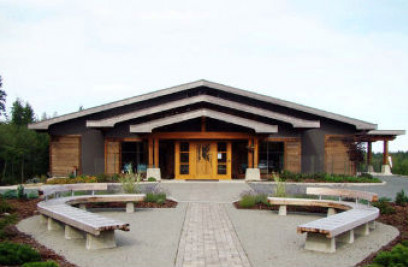 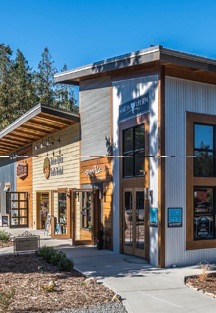 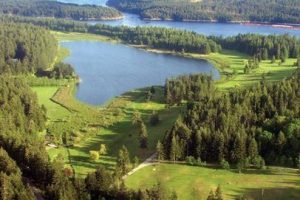 6 comments on “Scenes From Gabriola Island”