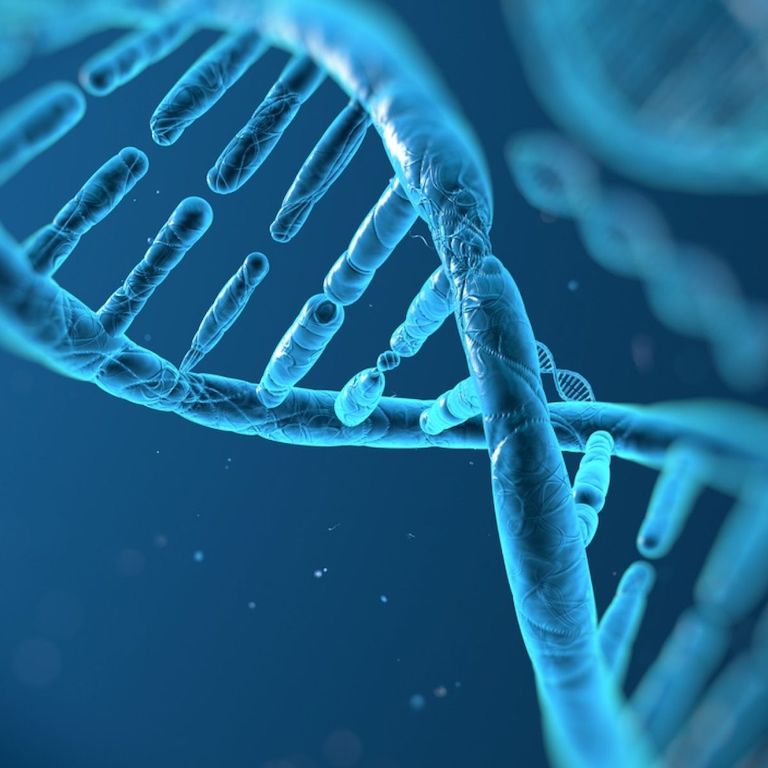 I took biology in high school but don’t recall any lessons on genetics. I do remember going to the Science Centre as a kid and seeing black and white mice on display with their family histories and an explanation of the colour traits they had inherited from their ancestors. I’ve always had an interest in science and nature so I thought I’d do little lesson on understanding genetics and how you might use that to understand your flock.

You might not be interesting in breeding to a Standard of Perfection, showing your birds or even having purebreds, but like me, are just curious about why some birds look so different than their parents or their siblings. Or what you might expect your little fluff ball to look like when they are all grown up.

The chicken entire genome was sequenced in 2004 when it was discovered they have between 20,000 and 23,000 genes and one billion DNA base pairs. We share 60% of our genes with chickens and 88% with rats. To put it into perspective, and to give you a bit of a laugh, we also share 50% of our DNA with bananas!

If you never took genetics classes in school, or have forgotten, here is a short glossary on the key terms you’ll need to know.

Both human and chicken DNA contains a record of their ancestors, but they aren’t an identical copy of any one of them. Every living organism inherits a unique mix of DNA. Just like humans, chickens get 50% of their DNA from each parent, who received 50% from each of their parents. The amount of DNA they receive from an ancestor decreases over generations. If you go back in time, there is a chance that they’ve inherited almost no DNA from a particular ancestor.

One of my hens, Neko, was the product of four grandparents that were all purebreds: Barnevelder, Silver Laced Wynadotte, Japanese Black Tailed Buff Bantam and Blue Copper Marans. Just looking at her you’d be hard pressed to guess at her lineage just two generations removed from those breeds. Give it a couple more generations and you’d need genetic testing or a knowledgeable eye to spot some of the traits that would be passed down from that particular gene pool.

This chart illustrates how different segments of DNA might get passed down from one generation to the next. To make things easy, each letter represents a segment of DNA (it might help if you visualize each block as a particular characteristic like comb type, feather colour or leg colour). 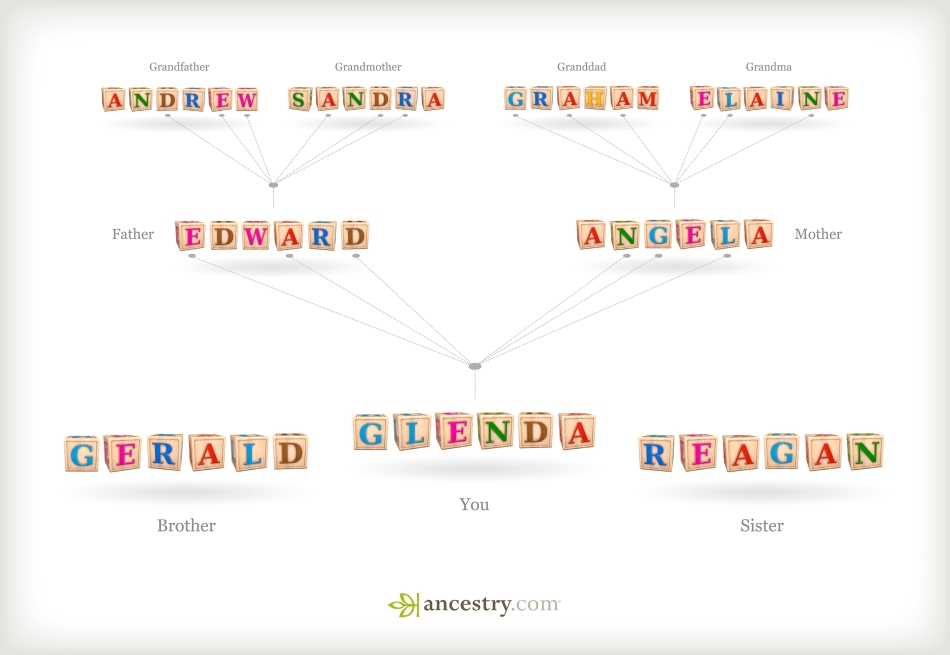 In the chart above, the paternal grandfather has the unique DNA of ANDREW, but can only pass down 50% to each offspring. In the father’s case, the letters DEW represents random genes passed on to him. Grandmother SANDRA provides ADR, which combine with DEW to create the father’s unique genetic signature: EDWARD. Not all of the letters from ANDREW and SANDRA get passed down to EDWARD.

The parents don’t get to choose which genes (letters) go to each child. The more offspring an organism have the greater the chances of passing on more of their DNA, but not all genes will make it to the next generation.

This simple explanation of how genetic inheritance works allows us to understand how DNA is inherited and why some traits get passed down and others don’t.

I have only scratched the surface of understanding how genes express themselves in chickens. If you think about what your chicken looks like: size, shape, feather colour, comb type, leg colour, number of toes – they all things that are controlled by their genetic inheritance.

If you know a little about basic genetics it will help you to understand your bird’s family tree.

If the alleles for a particular trait are identical they are referred to as homozygous: for example, if a hen receives one white egg gene from her mother and one from her father, she’ll end up with two white egg genes and lay white eggs.

If she had two different genes (one white egg and one blue egg) it would be considered heterozygous. Some things, like egg shell colour are fairly easy to understand if you know which genes are dominant or recessive. Blue is dominant over white, so whether a hen carries two blue egg shell genes or one white and one blue, in either case, she will lay a blue egg.

To confuse things, not every trait is controlled by a single pair of genes. More than one gene pair can influence some traits. Brown egg shell colour is controlled by up to 13 genes. That’s why there is a wide range of colours from pink to light brown to very dark brown laid by different breeds of chickens. If a hen carries a blue egg gene and some of those brown pigment genes she will lay a shade of green egg.

In future posts, I’ll explore more on chicken genetics including combs; feather, leg and skin colours; and how to predict certain traits using a Punnett square.