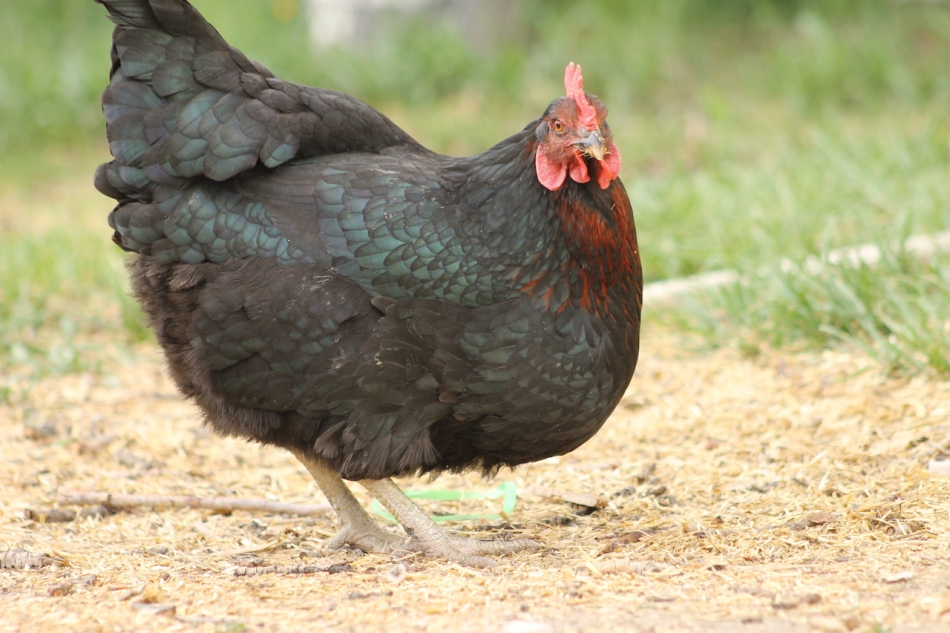 Most chicken keepers are keen to know the sex of their chicks at hatch. It often means they are easier to sell or that we can re-home unwanted cockerels far sooner then waiting until they are several months old. Very few methods of determining sex in chicks are as reliable as having auto-sexing breeds or producing sex-linked crosses.

Auto-sexing chickens are purebreds, whose male and female chicks look different at hatch. Sex-links, on the other hand, are hybrids created from breeding two different purebreds. I’ve talked about the genetics of auto-sexing in a previous post and will focus on sex-links in this one.

Sex chromosomes carry genes that affect gender as well as other traits, such as plumage colour. Understanding how those characteristics are inherited is the basis of sex-linked crosses and can be used to determine the gender of the offspring. Sex-linked crosses can only be produced with male and female chickens of different breeds in specific combinations.

Here are some examples:

Roosters with a genetically ‘gold’ plumage crossed with hens that had a genetically ‘silver’ plumage produce male and female chicks of different colours. In order to get sex-linked chicks you have to mate a gold plumage rooster to a silver plumage hen. The pullets will take after their father and be the same ‘gold’ colour and the cockerels look like their ‘silver’ mother.

Hatcheries often have their own names for the same two crosses used to create easily identifiable hens: black sex-links and red sex-links.

Black sex-links are created by crossing a barred hen with a non-barred rooster. A common cross is a Barred Plymouth Rock hen mated with a Rhode Island Red or New Hampshire rooster.

The barring gene is a sex-linked characteristic that’s attached to the Z sex chromosome. If a black rooster is bred to a barred hen all of their sons will have one copy of barring from their mother and one copy of black from their father.

Pullets don’t receive a barring gene (which is only located on the male chromosome.) The cockerels inherit one barring gene from the hen (from her male chromosome). At hatch, both sexes have black down, but the males can be identified by the white dot on their head. Cockerels resemble their mother, but as they get older their barring will be less defined than it would be if they had two copies of the barring gene.

Pullets will be a solid colour, usually black, with some red in their neck feathers.

Purebred male Barred Rocks, with two copies of barring, have much finer bars of coloring than the purebred females do, with only one copy.

Red sex-links can be produced from a number of different crosses. White Plymouth Rock hens (silver) are crossed with New Hampshire roosters to produce the Gold Comet. The silver gene is on the sex-chromosome and inhibits red pigmentation in feathers. When these chicks hatch, the males will be white, the females will have a red cast. Roosters will end up mostly white, with some red spots showing through, while hens will be mostly red with some white spots especially in the tails and lower wings.

Cinnamon Queens are the result of a Silver Laced Wyandotte hen crossed with a New Hampshire rooster. Male chicks will come out white, while hens are more red or brown in color.

ISA Browns are a form of red sex links that started from breeding Rhode Island Reds from Rhode Island Whites. Several other breeds have been added in over the years.

Sex-linked hens are considered desirable, not only because they can be sexed at hatch, but also they are also good layers. Purebred gene pools can sometimes be quite small, but by creating crosses we can take advantage of hybrid vigour. By expanding genetic variation we are increasing genetic strength. Each breed has its own disease resistance, strengths and weaknesses, so crossing with a different breed is seen as giving their offspring the best of both worlds.

It’s important to remember that the offspring of a sex-linked cross can’t be used to produce a second sex-linked cross. Sex-linked birds are crosses and not purebreds so you must continue to use the original cross to obtain the same results. The ability to determine their chick’s sex at hatch is limited to the first generation.