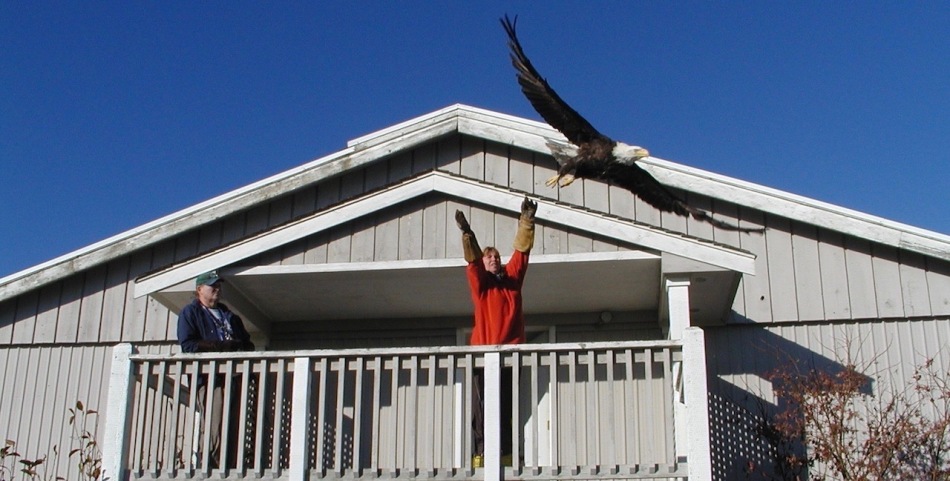 I’ve been writing a series ‘Having Chickens Is A Great Way To Meet Your Neighbours’ for a couple of years now, having interviewed 40 local chicken keepers so far. Val doesn’t have chickens and probably won’t get them anytime soon given that she has a Husky with a strong prey drive, who’d be happy to snack on them. She may not have birds, but it’s my flock that brought us together.

Back in the fall of 2019 I thought it might be useful to learn how to do fecal float testing – the study of poop looking for potential parasites. I posted on our community Facebook group on the hunt for a used microscope. I had a couple of offers and took Val up on hers. She showed up at my place with a box in hand: a microscope, the requisite supplies to do the tests, some colour charts on identifying what you might find and a book on keeping chickens. We hung out for a while playing with the machine and yakking by the wood stove. When she left, Val generously gave me everything in the box.

Despite my good intentions I haven’t really spent time on the testing nor had the opportunity to talk to Val since. A few weeks ago she bought a Kitchenaid mixer I had for sale and when she came to pick it up we talked some more. When she left I realized, with relief, that we had spent the whole time without mentioning Covid, a topic which seems to have dominated many of my conversations over the last year. I asked if she’d sit down later for an interview as part of this series.

Val and her husband, Jeff, live in a huge panabode house. They upsized when they moved to Gabriola Island (pop. 4400), by accident more than by design. They had raised two daughters in a house a third of the size of this one. Located on a sloped acre, the house has a full basement with an above ground walk-out along the back side. It’s an odd warren of partially developed rooms that the previous owner had roughed in, drywalled and wired, but not finished. For the couple, it has become a storage area with lots of potential for future development. Upstairs is the main living space, one story above ground level, surrounded by trees. There’s loads of space there as well. Val laughingly showed off their quirky ‘in suite’ (not to be confused with en suite) bathroom: a bedroom with no division between the sleeping area and a huge soaker tub, sink and toilet. It’s a style most suited for the uninhibited.

We grabbed two chairs, socially distanced, and sat down to chat. I couldn’t help but notice that one wall is filled with a 4’ x 7’ three-tiered terrarium, each containing a sleeping Ball Python. A tank on another wall houses a Rat Snake. As someone who loved catching salamanders, turtles and snakes as a kid I was unfazed. The three pythons were hiding under rocks and don’t usually come out till dusk, but Val brought one out for a slither. Apparently they only eat twice a month – a dead rat which Val buys frozen – and pass one poop per meal. The Rat Snake is more active, and therefore eats and poops more. Rounding out the menagerie is a Russian Tortoise and some interesting insects.

Before reptiles, Val was involved in raptor rescue when they lived in the Lower Mainland. In the early ’90s she started volunteering with OWL, an organization that rehabilitates eagles, owls, hawks and falcons. Her first jobs was cleaning cages and cutting up dead rats as meal prep. In 1995 she was hired on and later was promoted to supervise bird care. They trained volunteers, educated the public, and took unreleasable birds into schools. The highlight was when injured or orphaned birds, once able, were returned to the wild.

It was during her time there that Val learned how to do fecal float testing. They had to take poop samples out to a vet several times a week to ensure that the birds didn’t have parasites. Of course, that entailed lots of time spent driving. She picked up the technique during a short-lived stint working for a vet with no people skills. Once trained, Val was able to do the testing in-house and taught the other staff how to do so as well.

Her dedication wasn’t just limited to raptors, but extended to reptiles as well. For their eighth anniversary Jeff gave Val an iguana. In those days there wasn’t a lot of information on reptile care and despite her best intentions the lizard died five years later of an intestinal impaction from eating his bedding. In hindsight, Val realized that everything she’d done was wrong and set about learning how to offer the best care possible.

In 1994, she rescued her first iguana, who had been housed in a filthy cage that was so small it had to be dismantled to get him out. In addition to neglect, he had a broken leg that needed repair. Over the next 25 years she took in hundreds of lizards, snakes and turtles. Her reptile rescue became a registered non-profit charity in 2003 and took over the basement of their house, which was filled with cages and tanks, all temperature controlled for cold-blooded creatures. She quipped it would be well suited for me, reminding me of how hot my house had been when we first met. What can I say? I like to be toasty.

The funniest rescue involved a call from an elderly couple, living in a dubious neighbourhood, who reported two snakes on their balcony. Preliminary questioning revealed that the reptiles in question were only 8”-10” long, orange with brown spots. When Val arrived she was escorted by the apple-doll couple through their scorchingly hot apartment to the balcony.  To her surprise, and long-lasting amusement, what Val found were two dead, slightly rotting carrots waving gently in the breeze. Of course, the inhabitants were much embarrassed that they mistook some vegetables for snakes. Val posted that story on her Facebook feed and is regularly reminded of it when it comes up in her memories. Her friends tease her by leaving comments like ‘What do you feed them?’ or “What are their names?’.

She’s no longer in the rescue business, but would like to volunteer with our local wildlife organization, GROWLS. They don’t have the facilities to house orphaned or injured deer, seals or birds, but do capture and transfer them to other groups for rehabilitation, when possible. Many of those animals are returned here for release.

While Val was a stay-at-home mum raising two daughters, now in their mid-30s, and rescuing animals, Jeff was working as a biomedical engineer at the University of British Columbia. She gave me the Cole’s Notes version of what seems like a complicated occupation: using a particle accelerator to produce radioactive seeds for use in magnetic resonance imaging (MRI) machines to diagnosis cancer. He retired after almost 40 years to the island of Val’s choice.

Her long-term goal was to retire to one of the Gulf Islands, but she wasn’t sure which one. It was more than a half century ago when Val first came to Gabriola to stay at a friend’s family cottage, and returned several times over the years. Other summer holidays were spent at a rental cottage on Pender Island. Val’s best friend inherited a house here and invited her for a ‘girls’ week’. It was then she decided this was the island where they would move. She brought Jeff for a visit, his first, and he gave his stamp of approval. The couple bought their house in the fall of 2019 and moved, incrementally, over the next few months. I first met her on one of their weekend trips. Their final move was just weeks before the Covid pandemic, and lockdown, hit.

As newcomers during a pandemic it’s been hard to meet new folks. She volunteers at The Gabe Shop, a fundraising thrift store, and gets together with a couple of long-time friends who also live here. They’ve just built a double garage, situated in such a way as to avoid cutting down trees, to house their vintage cars: Jeff’s 1928 Ford Model A and her 1956 Dodge Custom Royal.

When we last met up Val had just recovered from an appendectomy. At the end of February, on the night of a snowfall, she felt a pain in her side. It was bad timing as it coincided with a burst pipe in their basement, which required both Jeff’s and her help to deal with it. Over the next couple of days she ignored the signs of a worsening condition. We’ve got a long waitlist for our local medical clinic and she doesn’t have a doctor here. On the third night she decided she’d head to the hospital in the morning. Too late. The pain became unbearable so an ambulance was called out at 1:30am.

Living on an island has its inconveniences – one of them being the ferry stops running at 11pm. A medical emergency after hours requires a small boat or helicopter. The paramedics bundled her into a boat and off she went. By then, her appendix had ruptured, but she still had to wait almost 24 hours to have surgery to remove it. Moral of the story: don’t put off until tomorrow what can be done today. Hearing that the clinic had just hired two new doctors I nudged her into getting their names on the waitlist.

Our small island has experienced a significant influx of newcomers over the last few years: mostly refugees from cities looking for a quieter lifestyle. Change can often bring old timers, like me, a bit of anxiety, but I was glad to hear the couple was looking for an even more rural experience than where we’re at. It means they’ll value their trees and work to protect the island from developing too quickly. Val may not be a chicken keeper, but she’s cared for plenty of birds over the years. I’ll make her an honorary member of Bitchin’ Chickens and look forward to when we can get down to brass tacks and set about doing some fecal float testing soon.

Thanks to Val for the additional photos.