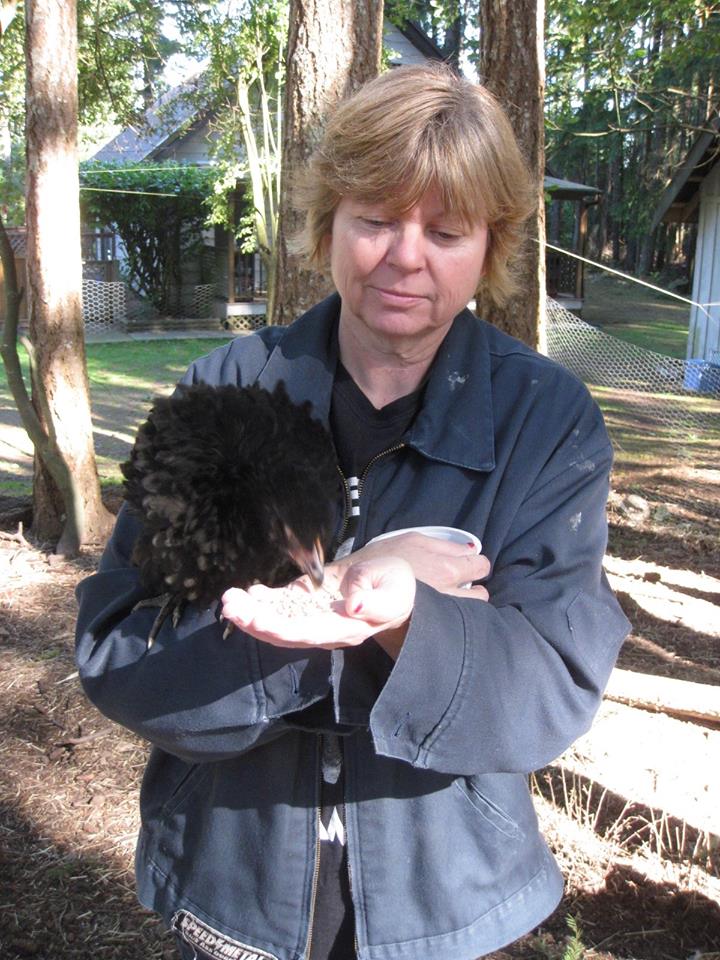 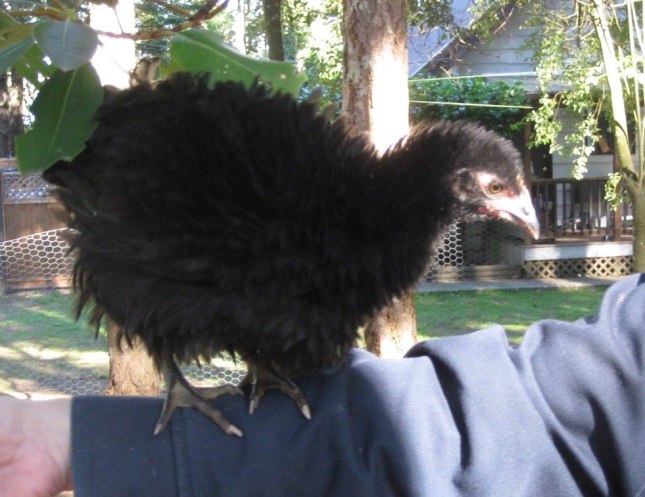 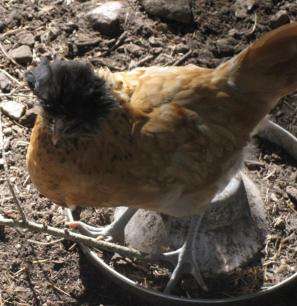 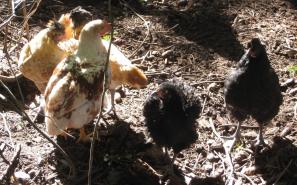 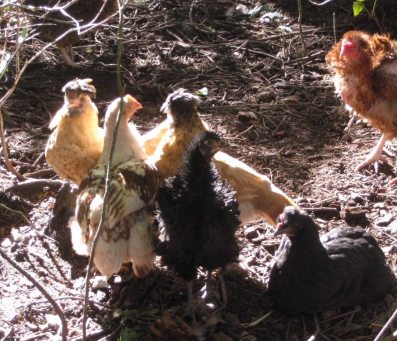 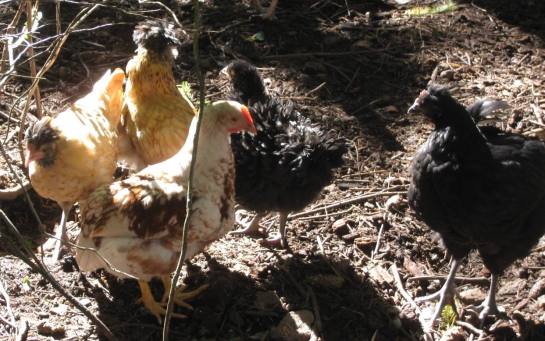 I was working on this piece yesterday when a power flicker shut down my computer. I rebooted, finished it and then discovered I had lost internet and phone service. A little investigating revealed that a large willow tree on my neighbours’ property came down across both their, and our, driveways. The phone and cable lines were down as was a large steel Hydro cable. Nothing looked like what we thought was a live line so we proceeded to chain saw and remove the branches to clear the driveway.

Then we trooped up the driveway in the dark to use our neighbours’ phone to get in touch with BC Hydro, Telus and Shaw – on hold with all of them. To my dismay Shaw (meaning my precious internet and cable) wouldn’t come out for 6 days! That’s one of the drawbacks of living on a small island. But to my great surprise I got a knock at the door at 9am this morning – both Hydro and Shaw were here to the rescue.

What does Hydro always tell you about staying 10m back from live wires? We were well and truly chastised by the Hydro guys today. They explained that you have lines both bringing power into your house and out of your house. We assumed if your power is on then everything is fine. Who knew that the cable we handled was carrying 14,000 volts? Luckily no one got zapped and we’re all alive to tell the tale.

And now I’m back online I can tell you the sad story of a hen determined to get her eggs to hatch day.

My friends Tracy & Keith got three of my eggs, which they added to three of their eggs, for their broody hen, Whitey, to hatch in August. They went on vacation four days before hatch day and left their neighbours to take care of their birds.

On day 21 (hatch day), I saw a post on our FB community bulletin board from their sitters looking for the ‘Chicken Lady’s’ contact info as there was an emergency. They found the hen had died overnight (day 20) and didn’t know what to do. I went over to find two cold chicks beside their mother and four cooling eggs still under her.

I think I discovered the cause of death when I removed her body – she was infested with body mites. Even though she had outside access, like most broody hens, she didn’t spend enough time dust bathing to keep them under control. My friends had treated their flock before they left but were concerned about the chicks so didn’t treat the hen. (My advice is to use Ivermectin drops on your broody before she starts sitting as it will kill mites, lice and worms. Repeat in 10 days, before the chicks are born). I read recently that some mites and lice are more attracted to white feathers and with a name like Whitey, you can figure out she was solid white.

I have tons of broody hens, but just when I needed one there were none to be found. As luck would have it, I had borrowed an incubator and it was already up and running with my own eggs. I turned off the auto turner and slipped in the four remaining eggs and set up a brooder in my coop (in the side I use as an infirmary/ broody space) for the two chicks. All the eggs hatched by the evening and one by one I added them to the brooder. 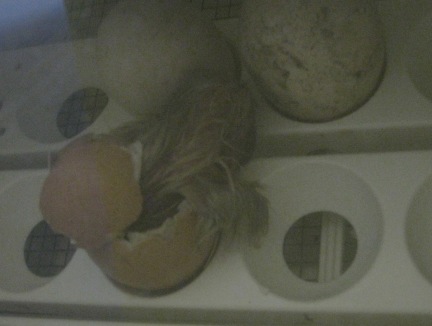 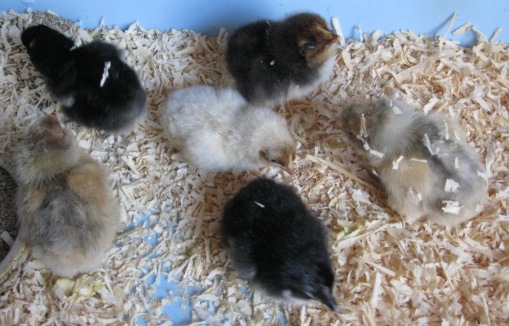 At 4am our power went out! I wrapped the incubator in a blanket (those eggs were on day 13) and then went out with a headlamp to the coop and wrapped the brooder it as well. That’s what you call being a good friend and a dedicated chicken keeper.

The next day was warm so we kept moving the chicks (in the brooder) following the sun around until the power came on at 11:30am.

The chicks all looked good, but the first born (one of mine) was having problems opening its eyes fully and by nighttime couldn’t open them at all.

By the second day, the chicks were starting to motor around but the chick with issues still hadn’t opened its eyes. What to do with a seeing impaired chick? We started giving it water with a dropper in hopes that it would recover soon.

During one of these times we noticed ‘something’ when it drank. A tiny maggot wiggled out of its nostril! It felt like something from Alien. I think that a fly had laid her eggs on the dead hen and one of larva hatched inside the chick’s beak. The process of removing the maggot took two people. We immobilized its head (which it kept shaking when the maggot was moving around) and waited, and waited, and finally it poked its head out of the chick’s nostril. Using a fine pair of tweezers I was able to extricate the ¼” grub. I was hoping it was the only one as larvae usually hatch on dead, not live, bodies.

Our hopes were dashed the next day when another maggot was spotted in the chick’s nostril. This one was not as accommodating and I couldn’t remove it. The chick still couldn’t open its eyes and I was concerned for its future. I believe that its eye issues were related to the maggots’ activity in its head. I worried about what was colonizing this poor chick and wasn’t hopeful for its future. I made the hard decision to euthanize it – it’s the first time I’ve done that, and even though I felt it was for the best, it was still difficult.

I didn’t keep the chick’s body, but I realized afterwards that if I had put it in a glass bottle I could have watched what the larvae would have turned into. Now I can only guess.

The other five chicks have all done well. I went to visit them today and here are some photos. The two crested ones are mine (Appenzeller Spitzhauben x) and the other three came from Tracy & Keith’s eggs. The little frizzle is from their birds, but is a descendant of one of mine (granddaughter? great-granddaughter?) and is absolutely adorable. I had dibs on her, but apparently she’s too friendly to give up. Tracy spent many hours helping me renovate my second coop so I’m happy not to arm wrestle her for that cutie. She’s ended up with some nice chicks and I’ve got three frizzles of my own and will be hatching more next spring. 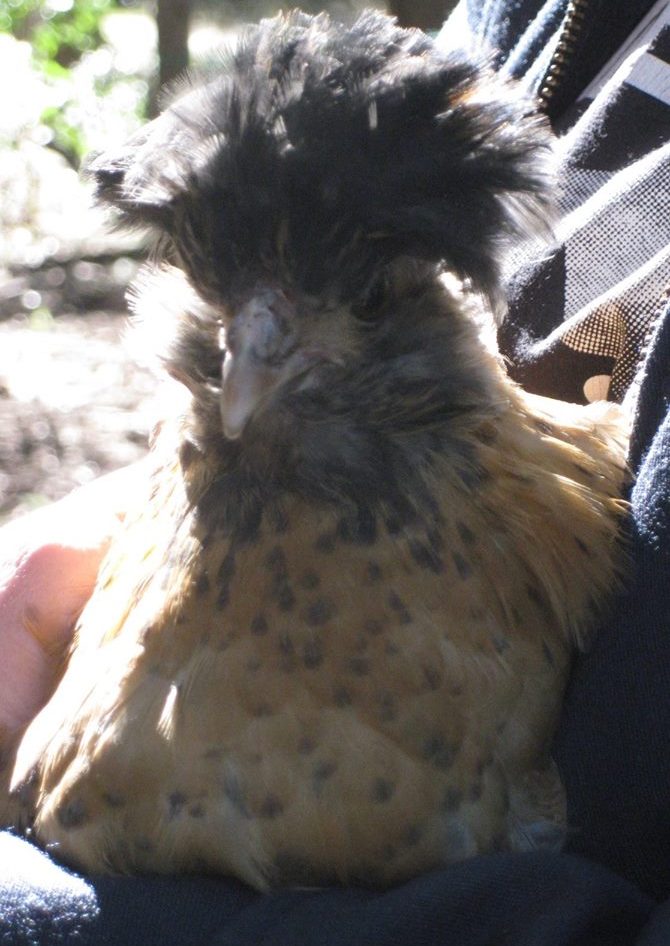 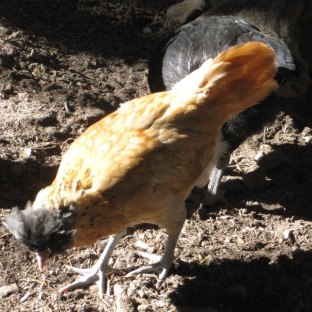 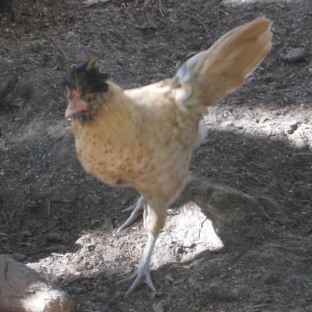 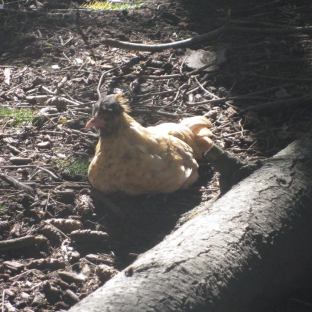