I’m sure, like most people, you’re curious about how chicken reproduction happens. If you’ve seen birds mate you know it seems over almost before it’s begun. I support my chicken hobby by working as a Health Promotion Educator in the field of HIV, Hepatitis c and Harm Reduction. A big part of what I’ve taught in the past couple of decades involves sexual health education. I understand how human sex and reproduction happen, but I’m always amazed that my rooster fertilizes any eggs with that perfunctory performance. That, and the amount of feathers that must get in the way.

It might be helpful to explain a bit about chicken reproductive anatomy. Just like people, roosters have two testes, bean-shaped organs that produce sperm and androgens: hormones which influence secondary sex characteristics like body size and comb growth, male behaviour and mating.

For most male birds, the right testes is smaller than the left, an adaptation that allows them to be light and compact for flying. This isn’t true of chickens who, largely, don’t fly. In some bird species, the smaller right testes can even compensate if the left one gets damaged. In chickens their size is not constant, but grow or shrink, depending on how sexually active they are. 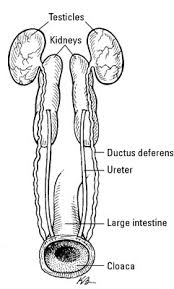 Hens have two ovaries, one on each side of the body. Only the left ovary is functional and produces eggs. This is typical in most bird anatomy, again, in that it decreases body weight to allow flight.

As with most bird species, chickens don’t have external genitalia.

You’re probably used to the term vent, also called the cloaca (meaning ‘sewer’ in Latin) – the external opening of a chicken. Unlike humans, a hen has one rear orifice that serves three functions: the exit for poop and eggs and the entrance for sperm. The rooster’s cloaca is used to poop and to transfer sperm during reproduction.

Mammals produce liquid urine, which is excreted through the urethra. In contrast birds have no need for a urethra since they don’t urinate.  Instead their poop is coated with uric acid that exits their body through the cloaca as moist chicken poop.

Not producing liquid urine allows birds to have lighter bodies than mammals, an adaption that helps them fly. And fortunately for us, the lack of liquid urine makes keeping chickens easier.

Chicken eggs come out of the cloaca, but don’t get covered in poop. When a hen lays an egg, her uterus turns inside out beyond the cloaca so the egg never gets contaminated.

So how do chickens reproduce? My mother, who was from England, used to refer to roosters as cocks – typical of folks from that side of the pond. Ironically, big surprise: roosters don’t have a penis, rather they have a tiny internal bump called a papilla. Both partners procreate using that external orifice, the cloaca.

You might see your rooster dancing around, dragging his wings on the ground in front of a hen. Or calling her over with the promise of food, called tidbitting. She will squat, preparing herself for him hopping on board. To keep his balance he will often grab a hold of a beakful of feathers on her neck or the back of her head. If your hen is missing those feathers now you know why.

He then tries to balance himself by stepping up and down, called ‘treading’. Once the rooster is in place sperm is transferred quickly without penetration: the cloaca of both partners touch and sperm is exchanged in what is coyly termed ‘a cloacal kiss’.

My rooster, Simon, is just over two years old and only started developing spurs in the last six months. If you’ve got a rooster with long spurs you might want to think about trimming, or even removing, the outer sheath as they can cause injury to a hen. If your hens are missing feathers from their lower backs it is often a sign of over-mating. Wearing a cloth saddle can protect that area from injury and feather damage. 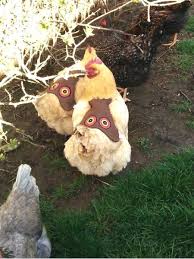 If your hens are missing lower back feather they are either a rooster’s favourite or your ratio of hens to roosters is off. I have one rooster and about twenty-five hens. If you want to ensure all your eggs are fertilized a ratio of one rooster to ten hens is suggested. Most of us don’t care if all are eggs are fertilized. If that’s the case I suggest fewer roosters: there is less competition between the males, less crowing and the hens are less likely to be over-mated. 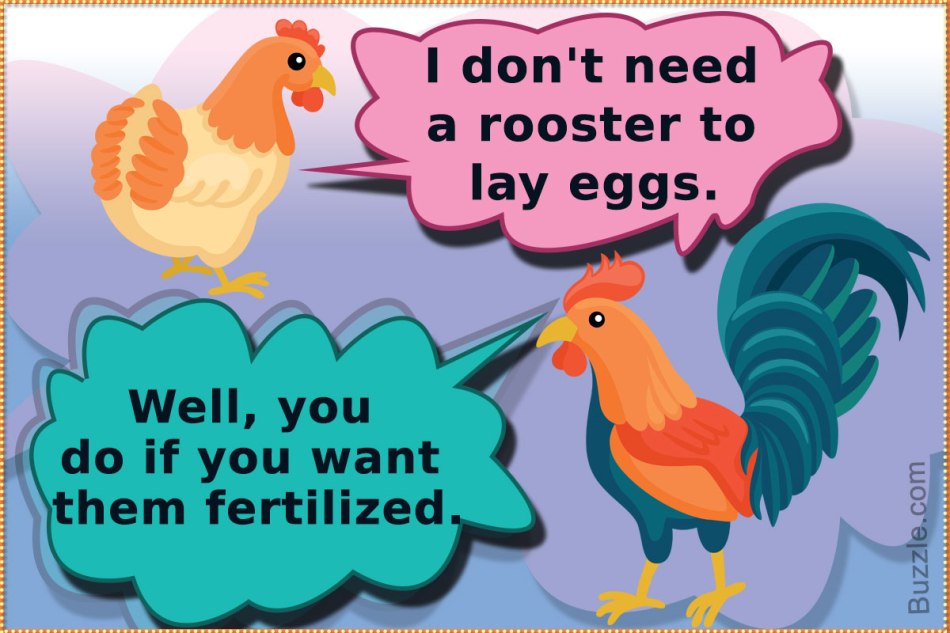 Folks often ask how often a hen needs to mate in order to lay fertilized eggs. Not as often as you’d think: it’s possible for a hen to store sperm in ‘sperm pouches’ and her eggs will be fertile for at least a couple of weeks.

I saw a post recently on a Facebook farm site in which a woman said that her husband wouldn’t eat fertilized eggs because he didn’t want to eat sperm! This is what fertilized and unfertilized eggs look like – pretty much the same.

Just to set the record straight, a fertilized egg has the potential for life, but until it has been incubated it is just a cell. You will not be eating a baby chick. They don’t even start to develop until the eggs have been incubated at over 27c/80f degrees (and ideally 37c/99f degrees) for least a day or two.

Mating is just the first step in reproduction. Stay tuned for future posts, in which I’ll talk about the stages of embryonic development and issues that affect hatching that lead to health conditions like curled toes, crossbeak, spraddle leg or hatching egg fails.