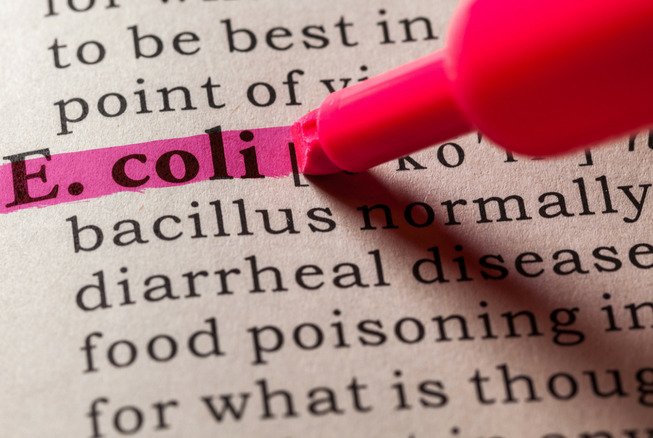 Escherichia coli (E. coli) are a large and diverse group of bacteria found in the environment, food and intestines of people and animals. Most strains of E. coli are harmless and kept in balance by other bacteria in the gut. The problematic strains are termed Avian Pathogenic E. Coli (APEC).

I know that we can get Salmonella and E.Coli from coming into contact with infected birds, their poop or handling raw chicken, but I was curious about how the birds get infected in the first place.

E.coli can be transmitted to chickens through ingestion (contaminated feeders, waterers and pecking in the soil), inhalation or fecal contamination of eggs. Chickens routinely live with manageable numbers of the bacteria, but when they are stressed or immuno-compromised E.coli can multiply, travel to other parts of the body and make their hosts sick.

In egg-laying breeds, the most vulnerable times are:

E.coli infections often occur concurrently with other bacteria, fungi, protozoa or viruses. Here’s a brief overview of the most common presentations of, or co-infections with, E. coli:

Airsacculitis: lower respiratory disease causing inflammation of one or more air sacs, which are an integral part of a chicken’s respiratory system.

Bumblefoot: (Pododermatitis) a broad term that includes any inflammatory or degenerative condition affecting chicken feet; infection may be caused by Staphylcoccus, Streptococcus or E.coli.

Cellulitis: bacterial skin infection resulting in inflammation of the subcutaneous tissue, typically seen in the lower abdomen and upper legs.

Colibacillosis: any localized or systemic infection caused by Avian Pathogenic Escherichia coli (APEC); most prevalent in young chicks during the winter when they become chilled.

Coligranuloma: rare form of colibacillosis that occurs as a chronic infection in adult birds resulting in decreased egg production, fertility, and hatchability. Non-specific symptoms and severity vary depending on: age of the bird, duration of infection, management conditions and concurrent diseases present.

Colisepticemia: a form of blood poisoning caused by E. coli infection entering a chicken’s bloodstream and then, quickly spreading throughout the body. It‘s a life-threatening condition associated with acute onset of generalized symptoms: listlessness, depression, weakness, loss of appetite and sudden death.

Egg Yolk Peritonitis: A serious condition in hens caused by the inflammation of the peritoneum, the thin tissue lining the inner wall of the abdomen; often associated with salpingitis and egg binding.

Mycoplasma Gallisepticum (MG) infection is considered to be one of the major pathogens that cause respiratory disease in poultry. It tends to develop slowly in flocks and is associated with progressive and chronic respiratory symptoms: mild tracheitis, sinusitis, airsacculitis and conjunctivitis. 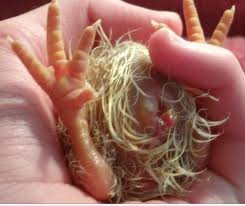 Osteomylitis: most often caused by Staphylococcus infection spread through the bloodstream or nearby tissue into bones. Chickens can develop osteomyelitis in their feet and legs if they have an existing injury, wound, (e.g. bumblefoot), or broken bones.

Panophthalmitis: inflammation of all tissues of the eyeball; secondary infection to septicemia.

Pericarditis: inflammation of the pericardium, a sac which encloses and lubricates the heart; creates fluid or pus within the sac; commonly seen in broiler chicks 2-5 weeks old.

Perohepatitis: Lesions on the coating around the liver caused by Colibaccillosis.

Unfortunately many strains of E.coli (like other bacteria) have become resistant to antibiotics, caused by their overuse and misuse. When it comes to E.coli prevention is easier than treatment.