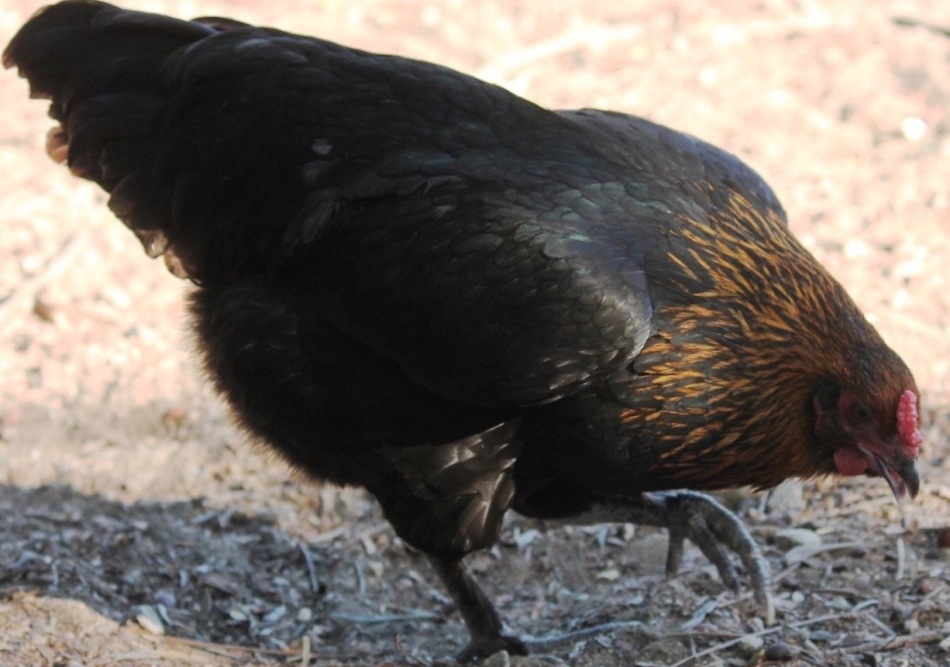 If you’ve ever watched any kind of detective show you’re probably aware of a cause of death termed blunt force trauma. BFT is an injury to the body by forceful impact, falls, or physical attack with a dull object. Penetrating trauma, on the other hand, involves an object or surface piercing the skin, causing an open wound. BFT can be caused by a combination of things such as increased or decreased speed of a moving object, slipping and stretching of organs and tissue in relation to each other, or crushing pressure.

Chickens can experience those types of injuries from predator/dog attacks; hard landings; flying into structures and rough handling. I often see people in Facebook chicken group talk about ‘punting’ their aggressive rooster as a way of managing unwanted behaviour. Needless to say, most chicken keepers are more concerned about the welfare of their birds, but it’s impossible to prevent some accidents from happening.

Bitchin’ Chickens follower, Crystal contacted me about her hen that had died unexpectedly. She included the DIY necropsy photos, which I held on to until I could find the answer as to what happened.

Crystal saw her hen standing on a table outside the coop. She was open mouthed breathing and stretching her neck. As soon as Crystal picked her up, the hen had a seizure and died. Until that point she had appeared healthy.

I recently showed the photos to Dr Vicki Bowes, Avian Vet/Pathologist for her opinion. No Name experienced some respiratory symptoms at the time of death, but there was no photo documentation of her respiratory system.

We went over the photos together and Dr Bowes pointed out that the cecal pouches and lungs were normal.

There was a large blood clot beside her ovary and ruptured egg yolks, which she assumed had ruptured at the time of death. The liver had also ruptured, which would have been the cause of death, which Dr Bowes believes was the result of blunt force trauma.

When I relayed that information to Crystal she asked how it could have happened. I suggested that her hen had either flown down from the roost bars and had a hard landing or hit something on the way down; or had flown into something with enough force and at the right place to cause her liver to rupture.

Crystal said that her roost bars are high and there are nest boxes which the hen may have hit on her descent or she could have hit the table she was sitting on when Crystal found her in distress.

If you have a small child you learn quickly to toddler proof your house. The same is true for chickens.

Many thanks to Crystal for her photos and story and to Dr Vicki Bowes for generously sharing her time and expertise to help me close this case.