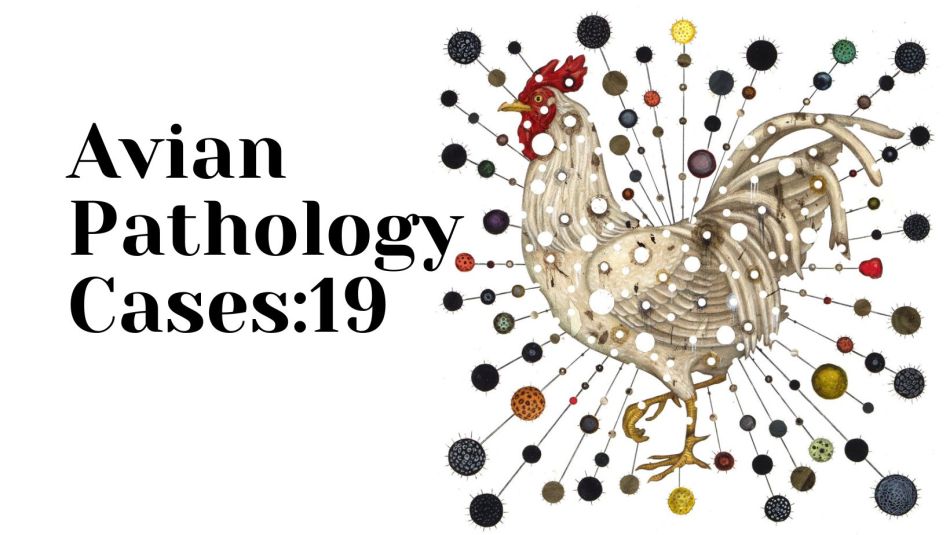 Over the past 15 months Dr Vicki Bowes, avian vet/pathologist and I have met up a number of times. In the last couple of months we’ve gotten together four times to pore over my flash drive of mystery cases that are looking for a diagnosis. She often refers to our detective work as ‘best guess’ given that we are often working with insufficient data and photos. This is one of several posts that resulted from those meet ups.

This is a 2½ year old Pekin duck with no prior health issues. This summer his penis prolapsed and a vet told me that it would just dry up and fall off. We’ve waited all summer for that to happen. Today his penis was bleeding. He is eating, drinking, pooping and swimming like normal, but I’m sure that he is in pain.

Is there anything we can do for him? How can we prevent this from happening with our other drakes? Thank you for your time; you don’t know how much it’s appreciated. You all are heroes to us pet parents. – Jordan Deyo-Curtin

Dr Bowes: A prolapsed penis in ducks can be caused by viral enteritis or an injury. This condition may be prevented by having a small number of female ducks so he is not overbreeding. When the prolapse first happened it might have been possible to push it back inside his body. Sometimes it is held in place by a vet doing a purse string stitch. At this point I would recommend having a vet amputate his penis after which time he should make a full recovery (except for the ability to breed). In the interim you can keep it clean, dry and use a wound barrier spray.

I have a hen that has developed a very large growth on her face. I can’t tell if it is in the nostril. Although there are two bumps it is only attached in one place. It is cold and hard to the touch and has not affected her eating or slowed her down in any way. – Pamela Allen Dillard

Dr Bowes: I would like to know how quickly it has grown and if it’s attached to the nare or to her skin? The proliferative nature of the mass indicates a tumour or squamous cell carcinoma and not Fowl Pox. This requires veterinary care to debulk and cauterize the area and even then it may regrow. A biopsy would determine the nature of the mass and her prognosis.

Does my hen have cancer? There’s nothing but blood inside these three masses. They are empty and not botfly larvae. The white goopy stuff is Vetericyn that I applied after digging around. – Kandi Gaffney

Dr Bowes: This may be the result of a bacterial infection or squamous cell carcinoma. The area is proliferative and inflamed and requires better wound management and veterinary care to resolve (i.e. debride, clean, surgical removal and biopsy). If you are unable to get professional help I would recommend humane euthanasia.

How do I deal with this? – Kishla Henry

Dr Bowes: These are sticktight fleas. I would treat with a topical flea treatment like Ivermectin, Pyrethrin or a flea product made for dogs.

What is going on with this bird? – Leigh Ann

Dr Bowes: This is a case of pendulous crop caused by the ingestion of a large amount of what looks like non-food material (e.g. gravel). I’m curious as to what is causing the bulge past the hock and the cluster at the base. Is that a hernia? There is no cure for this condition. I would recommend humane euthanasia.

Cauterize: burn the skin or flesh of a wound with a heated instrument or caustic substance, typically to stop bleeding or prevent the wound from becoming infected

Debride: remove damaged tissue or foreign objects from a wound.

Debulk: the removal of as much of a tumour as possible

Prolapse: the displacement of a part or organ of the body from its normal position, usually downward or outward, often resulting in it protruding from an orifice.

Proliferative: Proliferation is the growth of tissue cells. In many diseases, it is abnormal. Cancer cells are very prolific because they have high rates of cell division and growth.

Purse string suture: a surgical suture passed as a running stitch in and out along the edge of a circular wound in such a way that when the ends of the suture are drawn tight the wound is closed like a purse

Thanks to Dr Bowes, for providing some answers on some of the many illnesses and injuries that can affect our birds.

If you need some help deciphering an x-ray or necropsy report, or figuring out a health issue in your flock feel to drop me a line by using the ‘contact’ button on the home page and I’ll pass them on to Dr Bowes.