I have a few pet peeves: one of them is the misuse of antibiotics and medications and another is folks giving well-meaning, but misguided, advice. Facebook farm groups are full of both.

With the increasingly popularity of small flock chickens we’re also seeing a greater interest and commitment to treating them for a host of illnesses. I applaud folks who care about the welfare of their birds, but it often means obtaining a diagnosis without training or real understanding about chicken illnesses and the drugs used to treat them.

If I had a dollar for every time I saw people advising the use of antibiotics and other medications – some of which are not considered safe for use in chickens, and others outright banned – I’d be rich. I understand the desire to help fellow chicken keepers in crisis, but we are often doing them, and their birds, a disservice.

For every member who posts symptoms of their sick chicken there are numerous responses offering diagnoses, treatment regimens and pharmaceutical remedies –  often conflicting and confusing. The last thing a vulnerable bird needs is to be given  everything but the kitchen sink: vitamins, wormers, dusting powder, apple cider vinegar and/or antibiotics, with the hope that perhaps one of those remedies might be effective.

I also recognize that health issues often occur at inopportune times (late at night or on the weekend) and many people don’t have easy access to, or can’t afford, an avian veterinarian.

I have to admit that I’m also guilty about offering my two cents in a gesture of trying to help. Before I write about health issues or recommend a course of action I endeavour to get that information from reliable sources (i.e. Poultry DVM). I also suggest that folks obtain a correct diagnosis and treatment plan from someone with medical training and know-how.

I think the resistance to consulting with a professional or following regulations runs deeper than cost or availability of trained vets. There seems to be a feeling that the government, in trying to regulate pharmaceuticals, is acting as Big Brother taking away our decision-making rights and our access to products that used to be available in feed stores.

Many folks are upset by the limiting of poultry medications – ones they’ve previously used and know might help their flock. Just because a product works doesn’t mean that there aren’t health risks involved with its use – and often in practice, misuse. Medications need to be used properly (for the right diagnosis, the correct dosage and the full regimen) or our birds can also develop resistance to the drugs that might help them.

There are good reasons for limiting access and setting guidelines for various veterinary drugs. When we overuse or misuse pesticides, wormers, antibiotics and other medications pathogens can develop resistance to those products in future. It also goes beyond the health issues of our livestock to the bigger picture of human health.

When drugs are given to animals a small part of the drug ends up in their meat, milk and eggs, which gradually dissipates over time. Medications given to a hen means her ovary, follicles and oviduct have been exposed to that drug, and there is the potential for drug residues in her eggs.

Understanding how an egg is made will give you some insight into how, and where, drug residues are most likely to occur. Medications can be deposited in either the albumen (white) or yolk. The albumen in an egg is produced within 24 hours after ovulation so the potential for persistent drug residue is less than that for the yolk, which can be exposed to drugs for longer as it develops over several weeks.

The withdrawal period is the time between when the last dose of a drug was given and when the level of drug residues in the meat, milk or eggs falls below the maximum allowable limit. A livestock animal or its products are not considered entirely safe for human consumption during the withdrawal period.

Many drugs are recommended for use in some species (e.g. cattle sheep, goats) but not others (i.e. chickens). That doesn’t necessarily mean they’re ineffective or unsafe for use in chickens, just that they haven’t been studied and if used on birds would be referred to as ‘off-label’. Generally those products would have little or no data on optimal dosages and side-effects, as well as safety and withdrawal periods for chickens.

Some of these recommended periods are probably longer than necessary, but err on the side of caution.

Various countries have their own rules about approved products and withdrawal periods. 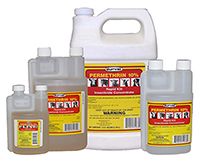 Not Approved (allowed only by veterinary prescription, even when available over-the-counter) 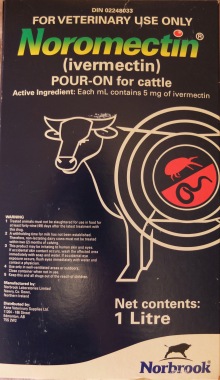 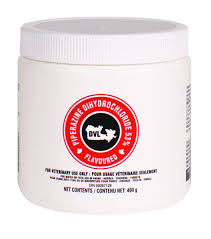 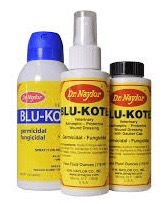 Remember that all pesticides, wormers, medications and antibiotics have some negative health impacts on our birds. Use them properly and prudently.

Some products can be purchased through your vet or local feed store. Here’s a link to a local resource: Veterinary Meds and Farm Supply BC provides licensed sales of livestock health care non-prescription medications, vitamins, supplements and natural products. Canada-wide shipping from Nanaimo B.C.

9 comments on “What’s Up With Egg Withdrawal Periods?”