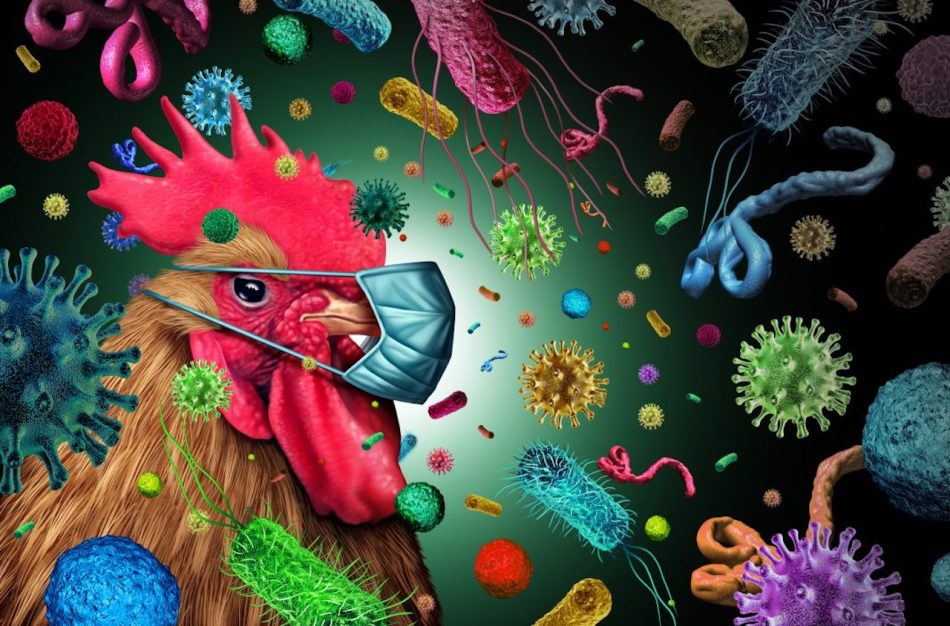 I’ve written a lot about chicken health issues and how to keep your birds healthy. This piece explores different aspects of a chicken’s immune system and how they work together to keep our birds from getting sick.

I’ll provide an overview of the basics. If you’re interested in a more in-depth article than that’s above my pay grade. I work as a Health Promotion Education in the field of HIV and Hepatitis c, so I understand the fundamentals of viral transmission and immune system response, but  when it gets into minute details of specific aspects then I’m out of my comfort zone. I’ll leave that to those with more expertise. That said, this is a bit of a long read and I think there’s enough here to satisfy your curiosity and then some.

Chickens have three components to defend themselves from invaders: their skin, mucous membranes and immune system. The highly complex immune system isn’t fully understood and new discoveries are still being made. This post contains only a brief and simple description of the major components of the immune system and their functions.

The primary role of any immune system is to recognise, manage, neutralize and eliminate foreign organisms and substances (antigens) that are able to enter the body. The various components work together to inactivate, rupture, clump or engulf those foreign agents.

Whether or not a bird develops a disease depends on how well it fights the invasion, which is influenced by:

Innate immunity refers to the natural or inherited ability to resist disease and an organism’s response within a few hours after an antigen has invaded the body.

As the first line of defence its responses don’t differentiate between invaders, but reacts to common features of a range of pathogens. The innate immune system has several components that help provide the initial defence response: physical and chemical barriers, blood proteins and cellular components.

Physical and chemical barriers include the skin, mucous membranes, and secretions of the gastric and respiratory tracts that help against possible infection. One specific blood protein called ‘complement’ is a serum protein that works in conjunction with antibodies to help identify and kill certain target cells.

One of the most common signs of activation by the innate immune system is inflammation, which protects against the initial cause of cell injury, removes necrotic and damaged cells and initiates tissue repair.

Our birds use a number of strategies to prevent and combat the invasion of their body by various microorganisms and toxins (antigens) which might cause disease.

Think of immune system cells as a team with various players, each operating in a different way to attack foreign cells in the body. They are activated by chemicals released by antigens that have made their way into a host’s body through breaks in the skin, through the mucous membranes or respiratory inhalation.

Factors involved in the effectiveness of innate resistance include adequate nutrition, stress, age and inflammatory processes.

When the non-specific immune response can’t deal with the pathogen, then the adaptive immune system kicks in.

The antigen-specific immune response is provided by antibodies (T and B lymphocytes) that circulate in the blood to fight foreign invaders like viruses and bacteria. T-cells mature primarily in the thymus, a lymphoid organ. Unique to birds is the Bursa of Fabricius, another lymphoid organ, where the B-cells mature.

Adaptive immunity is specific to an antigen and takes two forms: passive and active.

Passive immunity: the bird’s immune system has not produced its own immune cells or antibodies and it doesn’t have any immune memory of the antigen. Newly hatched chicks can’t mobilise their own immune systems in time to fight pathogens during the first week of life. To combat their vulnerability, chicks receive specific antibodies from its mother via the egg for all of the diseases that the mother been exposed to or been vaccinated against. The antibodies usually only offer protection for the first few days until the chick’s own defence system develops.

The level of immunity passed on by the mother is about half of what she carries. You can see why immune compromised hens would produce chicks that are more vulnerable to pathogens at the critical period just after hatching.

Active immunity: is obtained when a bird’s own system is triggered to produce the antibodies or strategies that fight invasion. This defence mechanism has the ability to remember specific invaders, which results in a quicker and more effective response to repeated exposure by an antigen, and produces defences that are specific for that invader (i.e. they will fight that particular invader only).

Vaccines are one component of active immunity. Read more here.

When a disease organism enters the body, it is engulfed by a macrophage, which transports it to the B-lymphocytes (B-cells). These cells are produced in a chick embryo’s liver, yolk sac and bone marrow and move to the Bursa of Fabricius between 15 days of incubation and 10 weeks of age. When an antigen is encountered, the BF programs these cells to attach to the antigen then move to the blood, spleen, cecal tonsils, bone marrow, Harderian gland and thymus. Destruction of the BF in a young bird (e.g. by Infectious Bursal Disease or Marek’s Disease) prevents the programming of B-cells for the rest of their life. Affected chickens won’t be able to respond to diseases or vaccinations by producing specific antibodies.

B-cells respond by producing antibodies specific to a pathogen. A five-day delay occurs between programming and a sufficient increase in their numbers. The B-cell system also produces memory cells that have a long life and stimulate the antibody producing cells to quickly release large amounts of antibodies specific for particular diseases that the bird has previously experienced. This results in a quicker and more effective immune response than the initial response.

The Cellular Immune Response: includes all the cells that have specific responses to antigens, except those associated with antibody production. The cells associated with this system, the T-lymphocytes (T-cells), begin as the same stem cells as the B-cells. However, the T-cells are programmed in the thymus rather than the BF. T-cells produce chemicals; destroy pathogens; enhance the response of B-cells, macrophages or helper T-cells. Chickens with a damaged BF are unable to produce specific antibodies, but can still respond to and eliminate others.

There are a number of things we can do to keep our birds healthy: