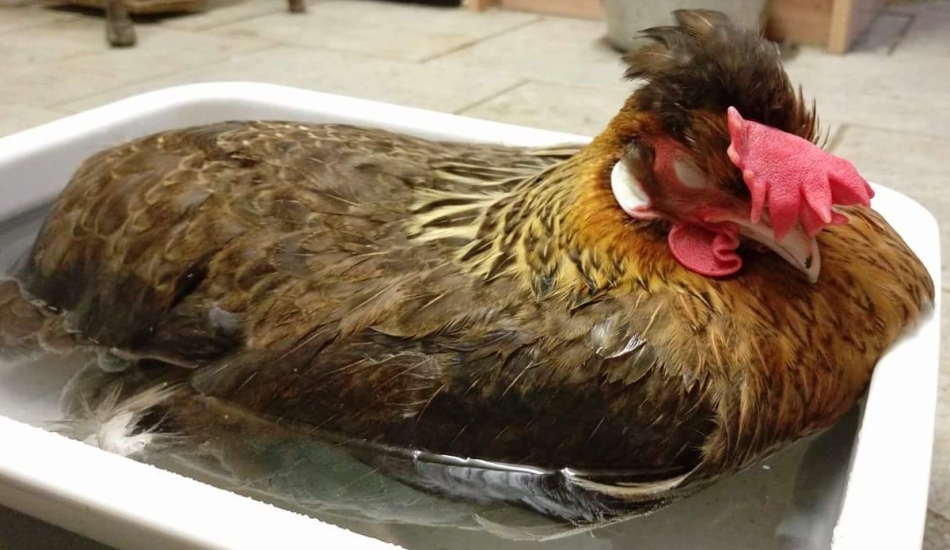 When my mother was almost 87 she moved in with my partner and me, and stayed for the next six years. I was nearing 50 so it was a bit of a learning curve to tend to the needs of an aging parent. One of the things I became acutely aware of was the necessity of drinking water. The human body is comprised of 75% water and if we don’t get enough of it we’ll see the side-effects: lethargy, digestive problems, headaches and even cognitive issues. I am from the generation that always has a water bottle with me. My mother didn’t appreciate my nagging at her to try to drink more water, especially to counteract her consumption of tea and coffee, both diuretics. One of the tests her doctor did was to pinch the skin on the back of her hand and watch how long it took to return to normal to assess her level of dehydration.

“Water is life” is a bit of a cliché, but true all the same. It’s one of the main components of blood and plays a role in transportation to the cells and carrying waste away. It fills the space in, and between, cells and lubricates joints. Water is also the foundation of two of the most basic processes that occur in chickens — digestion and respiration.

The digestive system starts at the beak and the process of digestion begins as soon as a bird picks up food. Saliva, mostly comprised of water, moistens the food, helping it travel from the esophagus into the crop. Chickens require water when they eat to soften food because dry feed can form clumps, which can press on the carotid artery causing decreased blood flow to the brain, paralysis and possible death. Water is also required so that digestion in the stomach is more effective. Enzymes and acids begin to break down the food as it moves into the proventriculus, then into the gizzard (ventriculus). Peristaltic action combined with grit in the gizzard grinds the food even more, turning it into a liquid, allowing nutrients to be absorbed as the emulsion moves through the small intestine. Undigested food then moves into the large intestine, which absorbs the remaining water, helping birds maintain their fluid balance. When chickens have diarrhea, the food and water they’ve consumed move too quickly through the large intestine, leading to dehydration.

We may think of the respiratory system as synonymous with breathing, but it also involves the chemical breakdown of nutrients that produce energy. The chicken respiratory system is important in regulating body temperature because birds don’t sweat and rely on other ways of losing heat in hot weather. Ordinarily chickens breathe through their nostrils. At 29C/85F birds will open their beaks and start to pant, just like our dogs, which increases the rate of evaporation. The other effect is that it also causes birds to be thirstier and increase their water intake on hot days. When you see your birds spreading their wings, it’s their form of air conditioning. Ensure that your flock has unlimited access to fresh water. Without constant access to water, birds will begin to exhibit signs of heat stress: shrunken and bluish comb and wattles and diarrhea.

Dehydration may be the result not only of insufficient water intake, but it can also be exacerbated by both hot or cold temperatures. I live in a temperate rainforest where our climate is usually moderate, so dehydration isn’t a critical issue for my flock. For lots of folks though, dehydration in their chickens is a problem, either due to excessive heat or freezing temperatures, often combined with a lack of water. Chickens are comprised of 70% water and the loss of just 10% can lead to death.

Chickens are able to maintain their normal body temperature of 40-42C/105-107F by regulating their heat production and heat loss. If the ambient temperature is between 20-24C/68-74F they are able to control their heat loss so that body temperature is held constant and feed intake is maximized. But if the surrounding temperature exceeds 35C/95F they are at risk of becoming dehydrated. Humid conditions pose an even higher risk to chickens because it’s more difficult for them to use evaporative cooling by transferring water when there is more moisture in the air.

Most folks think that chicks – whether still in the incubator or shipped as day olds – don’t require either food or water for the first 48 hours after hatch. It is true that when they digest the contents of the yolk sac, the metabolic water that is produced by digestion supplies them with enough water to survive in optimal conditions. Feedstore chicks are often in transit for more than two days and subject to temperature variations and the lack of food and water – all having detrimental affects on their health outcomes.

If you are raising chicks in a brooder it’s critical that they be kept at the correct temperature until they are fully feathered. At hatch their body temperature is @40C/104F. If the ambient temperature fluctuates too much they become lethargic. Older birds can generate energy and body heat when they are cold from eating. Chicks respond to being cold is to huddle together to prevent further heat loss, which prevents them from eating and drinking.

0 comments on “Dealing With Dehydration In Chickens”